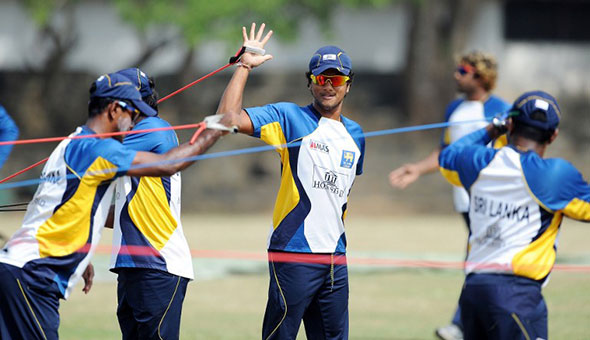 Russel Arnold responds to questions from fans in his weekly column
September 30, 2012

Inconsistent selection policies have seen players come and go with no continuity. © AFP

What do you recommend in order to make our national selection process better? — GK Fernando

Ideally, I would like to see paid selectors who are required to follow domestic games and better communication. A definite and well defined plan — a selection policy — is a must, as plans keep changing all the time. Selectors must follow through and follow up on investments made on players by prior selection panels. More continuity must be given to players at A-team level. It has a lot to do with the thinking of selectors.

Will the weather play a big part in this WT20 tournament? Why is Dambulla, which is located in the dry zone, no longer an option for SLC? — Damian Rakitha Gunasekera

I hope the weather does not interfere in the tournament. SLC have moved on from Dambulla, and they now have three venues under their control, so it makes sense that these venues are maintained. The decision on Dambulla should have been taken a long time a go, and maybe the stadium should have been renovated. It was however decided against, with many factors taken into consideration, but you are spot on with the point you make.

Do you think rather than going with pre-planned Super Eight fixtures, the ICC should have given priority to how the first round of matches transpired and then chosen the Super Eight groups? If it was like that, then one group would have had India, South Africa, West Indies and New Zealand and the other group would feature Sri Lanka, England, Australia and Pakistan. It would have been a much more balanced tournament if they did that way. But now, one group will be hectic as it will have India, Australia, South Africa and Pakistan fighting for two places. — Shanika Abeygunaratne

It is a short tournament. To get the logistics and the planning right, it makes sense to go with this current format. The format was made known a long time ago and there are no issues with it. There is always the luck of the draw involved. It has so turned out that at this stage the teams are placed in such a manner. But, a couple of years ago, how would you know? You earn your ranking. It will be the same for the next tournament; you will earn your rank according to how you finish here. We know the format, and one has to accept it — ifs and buts would always exist.

Is it true that there was so little time allocated for Sri Lanka’s group match against South Africa in Hambantota, which was reduced to a seven over affair, because the TV broadcaster wanted to cover the second game of the day? Since the match started by around 6 pm after the rain stopped, and it was played under lights, why could they not have played a full 20 overs per side match instead of seven overs? — Ranoj Wimalasekara

There is a certain amount of time allocated for a game and also a limit on extension. You cannot change it to suit one game. I agree that the rain rule probably needs to be looked at again.

What is your opinion on how Marvan Atapattu was treated during the 2007 World Cup, which you were a part of? Surely he could have been given a game even against Bermuda? He was the captain of the side not so long prior to that tournament, but once Mahela Jayawardene became captain it looked like he made sure Atapattu would never get back. What was the mood in the dressing room like when this was taking place? — Rishard Mohamed

The focus was on the World Cup and not Marvan. I would not agree in saying Mahela was trying hard to keep Marvan out. The team management believed in continuity and that was fair enough. Decisions were made on present form in specific roles and not on player profiles, as you suggest should be the case. It was unfortunate for Marvan, but there was no bitterness in the dressing room.