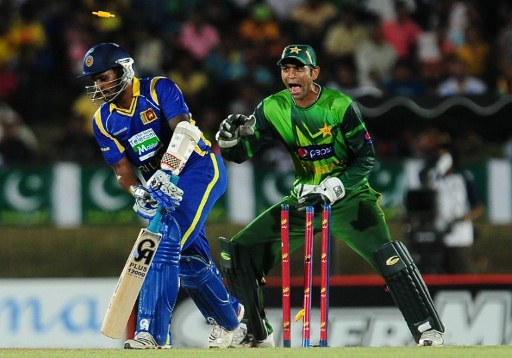 Russel Arnold responds to questions from fans in his weekly column
June 9, 2012

Do you think the Sri Lankan middle order that played in the T20 series against Pakistan recently is suitable for the ICC World Twenty20 in September? — Thisara Kasun Pushpasiri from Sri Lanka.

There is plenty of talent there. But it was tough to judge them in that T20 series, as they faced very challenging conditions and they were always under pressure. Once the top order fails in difficult conditions it’s just not fair to crucify the younger, inexperienced guys. If the top order fulfil there roles, the middle order will do their bit. I thought they were left with too much to do. If the top order can contribute, middle-order batsmen will be in a better position to contribute as well.

Why can’t our coaches get the best of Chamara Kapugedara? We need to use Kapugedara in our team but the problem is that he is poor in selecting his shots. He has great potential. He is to us what Rohit Sharma is to India. Although Sharma was not consistent in his early days, with more IPL and international experience he has become a responsible player. — Hashan Costa.

Why is it the coaches’ fault? It’s up to Kapugedera to make those decisions. He has been given the opportunity and picked purely on talent. He has been guided through the system too. I do agree that if he can fulfil his talent, it will be excellent for Sri Lanka. But you also need the temperament to succeed, and hopefully he finds that energy.

We know that Sri Lanka is currently in a rebuilding phase with many young, spirited players coming in. As we head closer to the next World Cup, who do you think is the best opening pair for Sri Lanka in ODIs? — Shanaka Tennekoon.

That’s a tricky question. At this stage, Tillakaratne Dilshan and Mahela Jayawardene seem the likely pair but it’s hard to say if they will last. And just as with Kapugedera, we would not know if the talented guys have the temperament to succeed at this level without playing them. But from the current crop of players it’s between Dilshan, Jayawardene, Kumar Sangakkara and Upul Tharanga to form the combination. We have to keep in mind that the World Cup is going to be in alien conditions and I think it’s still far too early to make a plan.

It is indeed unfortunate. You have to keep beating the best and, more often than not, you come up against the best team in World Cup finals. In 2007, I thought the weather made life difficult for us and we were just not good enough to get home in the end. In 2011, the injury to Angelo Mathews caused a major problem to team plans. The only real threat to me in the last World Cup was India and we were just not good enough again on the day; we needed our ‘A game’ to win and it just didn’t work out for us. These things do happen and there isn’t a specific reason for not winning. Next time around, we need to be better prepared with a stronger squad.

Why is Upul Tharanga not considered for Test matches? — Ruvindu Thamal from Galle, Sri Lanka.

Tharanga’s technique isn’t considered by some to be good enough to last in Test cricket, especially with all the slips in place. But he seems to have the know-how to make runs, so it might not be a bad gamble to give him another go.

Are you happy with Sri Lanka’s selection policy for T20s? What do you think about testing a new player like Bhanuka Rajapaksa in T20s? — Waruna Tennakoon from Colombo, Sri Lanka.

I think Sri Lanka are thinking ahead and we now have a good group together. Rajapaksa is in the plans but you need to give this current squad a fair go before moving on.

What do you think of the cricket board’s new policy of gagging our players? They want include a clause in the players’ contracts that will force players to seek approval before speaking to the media, which will deprive us fans from hearing from our cricket heroes. — Michael Samarasinghe from Sri Lanka.

It’s nothing new. Such a clause always existed but SLC were not big on enforcing it. They have now decided they want to use the clause to control what’s said. The players do need to be free to speak and express themselves but the players should also be responsible in what they say. A few things of late have been said, which even I thought should not have been said, hence this situation. It will soon be resolved.