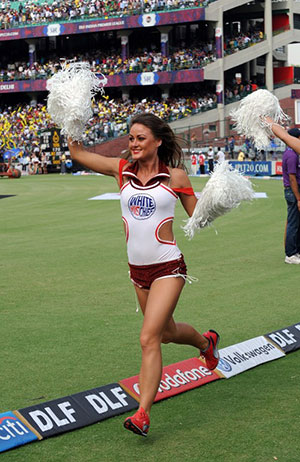 Russel Arnold responds to questions from fans in his weekly column
April 21, 2013

Should the IPL be given its own window in the international calendar? — Thoshan Rajapakse

It basically does have a window. There are hardly any teams playing cricket during the IPL. Now, even England are looking to accommodate it, so eventually, officially or unofficially, a window exists.

The ICC have introduced many new regulations and alterations to existing playing conditions, including no-balling bowlers for accidentally hitting the stumps at the bowler’s end when bowling, what is your view of this? Aren’t the new fielding restrictions, free hits, etc all penalising the bowlers at the end of the day? Is cricket too lop-sided these days to favour batsmen, especially with pitches becoming flatter and flatter? Is this all having a negative effect on the sport? — James Osterland

I am all for no-balling when the bowler hits the stumps, as it’s his fault. It does distract the batsman. If he is hit for four, why should the batsman be penalised by calling it a dead ball? With T20 cricket coming in and taking the cricket world by storm, the changes in rules are also an attempt to keep ODI cricket alive. It was felt that there are times the 50-over game seemed to meander along, almost boringly. Some ardent fans love the mental battle during dull times in a 50-over game, but cricket also needs to attract new fans. The thinking is that today’s youth may only hop on board if there is action all the time. The hope is that youngsters will pick up the game by watching the action-packed, fast-paced shorter-forms and buy into it. The rules do seem to disadvantage bowlers, but with two new balls at either end it evens the playing field to some extent. The field restrictions also can be a double-edged sword. With the new rule changes, you do need to be slightly more tactical and it also takes the part-time bowlers out of the game — only the specialist bowlers will survive. Teams from the subcontinent are disadvantaged the most.

Have you noticed any really good up-and-coming fast bowlers in Sri Lanka? — Carlton

There are a several, but they have a long way to go, as bowling in the international scene is vastly different. At the highest level, you need to be a lot more consistent than at the domestic level. There is talent aplenty to work with though. The two Jayaratnes (Lahiru and Ishan), Dushmantha Chameera, Kasun Madushanka, Kanishka Alvitigala and Madura Lakmal come to mind.

Are commentators instructed to be unbiased when on-air? If so, why are Australian commentators on Channel 9, mostly former Australian players, allowed to sound so biased in favour of Australia? — Buddhika Gunasekara

The Channel 9 commentators cater to Australian audiences. However, commentators are generally expected to be themselves and opinions are not influenced by anyone. The director occasionally also passes out instructions to mention a sponsor’s name, but nothing more than that. Ideally, an unbiased opinion is what is expected, but being slightly biased on the odd occasion should be accepted because it brings some emotion into commentary.

In Test cricket, you crossed the half-century mark 10 times and you made three centuries in 69 innings. You played in 180 ODIs for Sri Lanka and crossed the 50-run mark 28 times, but you only made one century in your career. When you look back, do you feel you should have done more with the opportunities you got? Is there a sense of regret and disappointment? You had the technique and the patience to go on for greater things, what do you think hindered your progress? — MDM Hassan

You always wish that you did better, but when you judge runs scored, you do need to take match situations into consideration, which nobody does. In the one-day format especially, I think I have done well after having to move further down the order to accommodate other players. Even now, there is a scramble to bat at the top of the order for that very reason. The opportunities were very few to score big runs batting where I did. I was always batting under pressure too. It’s a very tough job and I felt I was always the scapegoat. When you compare performances by position or situation, I don’t think I have any regrets at all. In Tests though, moving down the order just did not work out for me. I grew up as an opener and was picked to play as an opener, but was moved down the order to suit the team’s plans. As an opener though, I averaged 52 and all three hundreds I scored was as an opener. Unfortunately, I may not have been strong enough to handle the challenges. I think I fought a good battle though.

When Mahela Jayawardene returns to the squad, who is more likely to loose their place in the side? — Theviyanthan Krishnamohan

I think it would be Kithuruwan who might miss out. How long Dilshan continues to play Test cricket can also dictate who misses out.

Kumar Sangakkara, Mahela Jayawardene, and Tillkaratne Dilshan are aged between 35-36 and Dinesh Chandimal, Lahiru Thirimanne and Angelo Mathews are between 23-25. What happened to players between 27-33 years of age? Did the selectors get it wrong? Shouldn’t there be a player between 27-33 to take over captaincy after Sangakkara and would it not have been an easier transition compared to Dilshan-Mahela-Matthews? — Sahan Dikmadugodage

Yes, there is a quite a gap, but that’s understandable. Once the team is moving forward, you do not scout for youngsters, like Sri Lanka are doing now, because the main performers in the side are young enough to play for a few years more, therefore, to break into the team you do have to be very good. The circumstances are such now, that the thinking has to change. Ideally, if you do have that natural progression the team will be better served, but this situation is very common.