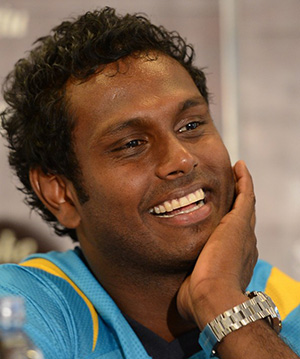 Russel Arnold responds to questions from fans in his weekly column
May 20, 2013

Why did Angelo Mathews give up captaincy of his IPL franchise so soon and was it the right move? — Meena Perera

Mathews should never have been Pune captain. Captaincy also means leading with performances and as a cricketer, although he is captain of Sri Lanka, he still has a lot of growing up to do. The pressure of the IPL is different, where getting to know and handling many different egos, personalities and cultures is never easy. Stepping down seems a good decision, but his confidence has taken a massive battering. He will be tested in his career going forward, as he needs to perform first before thinking about getting the best out of the team. There are huge challenges ahead for him and keeping life as simple as possible right now is important.

If you take Rangana Herath out of the equation, who is Sri Lanka’s next premier spinner? — Chethana

We don’t have one. Suraj Randiv and Ajantha Mendis just don’t seem to have that zip any longer and Tharindu Kaushal is still a rookie and still only shows potential. Sachithra Senanayake is competing well, but only in the short form, so there is no name I can confidently put out there.

Although Mahela Jayawardene has a great record in Test cricket, his stats show that he has not done well in places like Australia, South Africa and England. For a batsman with a sound technique and a player who has many years of experience, why does he continue to struggle when playing in these countries? — Shevantha Vithanage

It is surprising indeed. Mahela is one with a good technique and if you do have a look at his temperament that too is sound. He has toured these countries, but not regularly. Players make the adjustment for different conditions and then you come back home — it’s only after a prolonged break that you go back to those different conditions, so it’s always a fresh a start once again. Mahela has not been able to adjust both his technique and game plan when away on tour in these countries. He is one who trusts his natural instincts a lot and that could be the barrier in dominating overseas, as the scoring areas and options do differ based on the conditions. Most other batsmen do struggle too, but, yes, I do agree that Mahela has failed to dominate in those countries.

International players make the ‘sliding stop’ look very easy, but when I try to do it my knee always get stuck in the ground and I topple over. How do I get better at this? — Paul Saravanamuttu

Practice of course is what will help you improve. For starters, try practising on a balanced surfaced that is not too dry and not too moist. Once you have more control over maintaining your upper-body position, you will be able to control the slide as you wish. For the slide, it’s not your knees that you use, but the side of your thigh/glutes. You should not be landing with your knees — the impact should be on your thigh not knee.

Do you think the new selection panel is making rookie mistakes by including several young players into the squad too soon? Since the new selectors have taken over, we have seen a number of players being included into the national squads. What do you think of this? — Wasim Ahamed

No, not at all. Sri Lanka need to find a batch of core players fast and young ones at that. I think it’s the ideal time to do so, especially when you look at the schedule. They took the opportunity to give many a feel of being around the national team when playing against Bangladesh, but picked the strongest squad available for the Champions Trophy. I cannot find fault with this ploy.

A lot of people classified Thilan Samaraweera as a ‘flat-track bully’, but his century in South Africa and now in England in the LV County Championships shows that he can score runs anywhere. He does have poor footwork for a batsman with a great Test record, so my question is then: is footwork really important and why? — CT Kumarasinghe

Yes, footwork is important because it does give you more of a chance to tackle challenges, but that does not mean you cannot score or that you can’t guarantee success. There are more factors that contribute to success than just footwork. The mental side of the game and your fitness all come into the picture. I believe that you are better served when you look to capitalise on your strengths and work around your weakness like Thilan. He knows his game inside out, but needs to be disciplined in shot selection and that’s what he does well. With the shorter game taking focus nowadays, players work on getting themselves on a stable base with their feet, which actually allows you to hit the ball harder than when getting to the pitch of the ball.