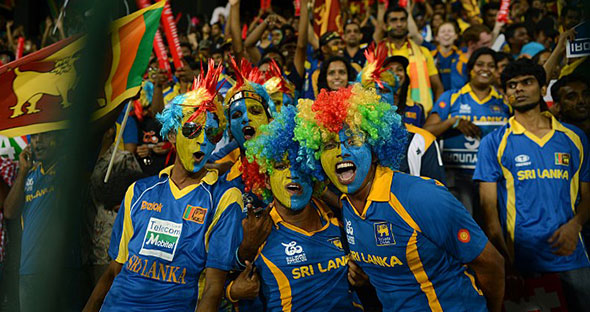 Russel Arnold responds to questions from fans in his weekly column
October 7, 2012

What kind of wicket do you expect for the final on Sunday, and what should Sri Lanka’s game plan be? — S. Amunugama

I expect a slow pitch that will offer spin, but not one that would crumble. I think it’s a track that 170 can be scored on — not a very low-scoring wicket.

Will Chris Gayle be a threat to Sri Lanka in the final of the ICC World Twenty20; how can Sri Lanka get rid of him early? — Rukshan Samarasinghe

He is always a threat. Sri Lanka will need to try and bowl wicket-to-wicket and be unpredictable, and then hope for the best, just as we saw in Pallekele.

What is your Sri Lankan team for Sunday’s World Twenty20 final against West Indies? — Malka U.

I would put off selecting the final XI until the women’s final is done and some understanding of how the wicket will play has been established. The choice between Akila Dananjaya and Rangana Herath needs to be made after assessing the West Indies’ strengths and weaknesses. Herath versus Gayle could be a factor. I would leave the rest unchanged.

Do you think even after relaying the wicket at the R. Premadasa Stadium the toss still plays a crucial part in the outcome of the game? — David Fernando

The toss is always crucial, as it allows the team who won the toss to try and play the game to their strengths and go with Plan A, which is always nice.I do think the conditions now will give the team batting second more of a chance. But, in this tournament, the pitch has had no chance to recover, and is now tired and worn out. So, what you see right now is understandable.

There have been many good fielders from a number of teams misfielding in the deep during the World Twenty20. Replays show that they were foxed by bad bounce. Why are the outfields in Pallekele Stadium and R. Premadasa Stadium so bad? — Prasad A.

I don’t think Pallekele was bad, but you do find uneven bounce around the pitch, as the square is always rough. The area close to the boundary lines have been a concern, and surprisingly so. I think with the rain around, the focus has been the 30 yard circle and not beyond. With it being very soft, any activity will harm the outfield, and the result will be seen when it dries up, which is unevenness. After all, those are the areas that see a lot of traffic when matches are not being played.

What do you think of the wicket that the first semi-final between Sri Lankan and Pakistan was played on? Wasim Akram has said that it was bad and unfit for such an important match, do you agree? — Mohamed Yousuf

The wicket for semi-final against Pakistan was a little too dry for my liking.

How are the numbers on Sri Lankan players’ ODI shirts chosen, and why is Angelo Mathews wearing the same number, 69, that you wore when playing? — Cham J.

It’s a personal choice. But only if the number is available of course, but they are usually picked for different reasons by players.