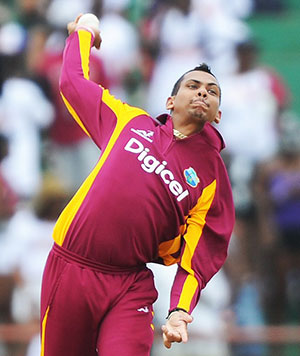 Russel Arnold responds to questions from fans in his weekly column
May 13, 2013

The jerk that was visible in Muttiah Muralitharan’s action was because of his elbow deformity, but these days many bowlers are showing a visible flexing of their elbows during delivery. Do you think bowling actions, especially those of spinners, are getting worse? Does the ICC need to find a solution quickly, and what needs to be done? — Mahinda D.

Dodgy bowling actions need to be dealt with at the domestic level, where bowlers should be encouraged to use minimum flexing. However, bio-mechanical testing has very often revealed that most bowlers do flex a lot, which makes it tough to police this issue.

What is the Parthasarathy Doctrine in pitch preparation and how could Sri Lanka benefit from same? What are the merits and demerits of the concept? Suddenly the term has gone viral and I would like to know more about it. — Vijay Navaratnam

That’s an interesting question. It has a lot to do with selective preparation. Certain areas of importance on the pitch are marked out and these areas are prepared accordingly. For example, in line with the stumps the pitch is well watered, but outside of that area it is not. Therefore, the pitch plays well when the ball pitches in line with the stumps, but does not in other areas. If you need to keep a certain bowler out of the game, you could prepare the wicket in such a manner. Curators and the team management can mark out where a leg spinner would pitch the ball — if you want to neutralise his threat — and then prepare that part of the pitch accordingly, so that there is minimum wear and tear in that area, making the leg spinner less dangerous. That’s why you hear captains say: ‘The pitch played better than it looked’, or ‘The pitch looks ugly but you can score runs’. That’s because important areas on the wicket, where the home team’s main strike bowlers land it on, look ‘ugly’ and the rest of the wicket looks good. Using home advantage is the benefit here.

They are indeed two good all-rounders, but Siriwardana and Pathirana are still under-performing in domestic cricket when you consider their potential. They need to put in big performances and also score big runs. It’s tough to pick bits-and-pieces cricketers these days, especially when taking into consideration the changes in the modern game, which has also changed the mind-set and policies of the selectors. Jeevan was spotted early as a schoolboy cricketer and I do think he deserves this opportunity. Jeevan is mainly a batsman who is a useful bowler and does boast a better record than Siriwardana and Pathirana.

Vandort does still play first-class cricket, but he is way down the pecking order. Making the team is easy, but staying there is a tough ask. The pressure kicks in and you do have to work harder to protect your place.

What team combination should Sri Lanka go with in England for the Champions Trophy? Would you play two spinners? What kind of conditions can we expect in England in June? — Ruvindu

Sri Lanka should go with seven batsmen and four bowlers in England. Sri Lanka have fast-bowling all-rounder Angelo Mathews in the list of seven batsmen and the number-seven batsman could be a spin bowling all-rounder, therefore, you have the three main fast bowlers and a spinner in the line up. Unless the conditions are very dry, the need to play two specialist spinners will not arise. I expect the pitches to be very good and it should seam around a bit.

What is your opinion on the recent ICC Cricket Committee vote and the allegations that Laxman Sivaramakrishnan got in because of BCCI pressure? — Rahul Nandan

I can’t comment on speculation or allegations without knowing the facts.