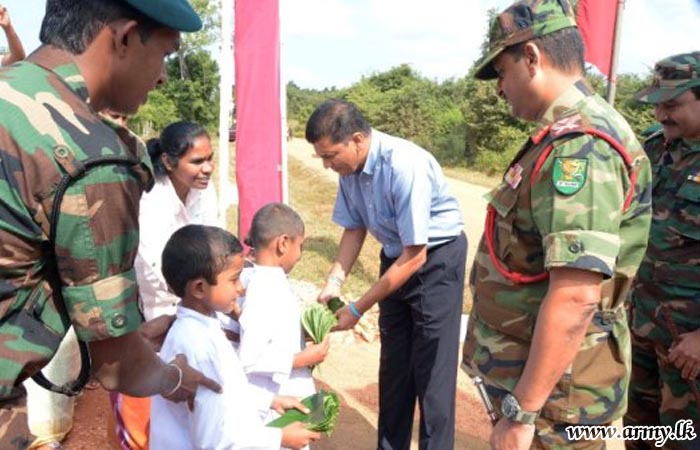 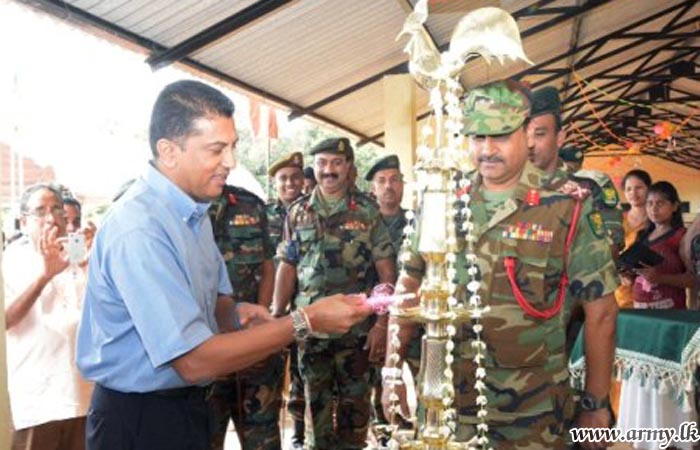 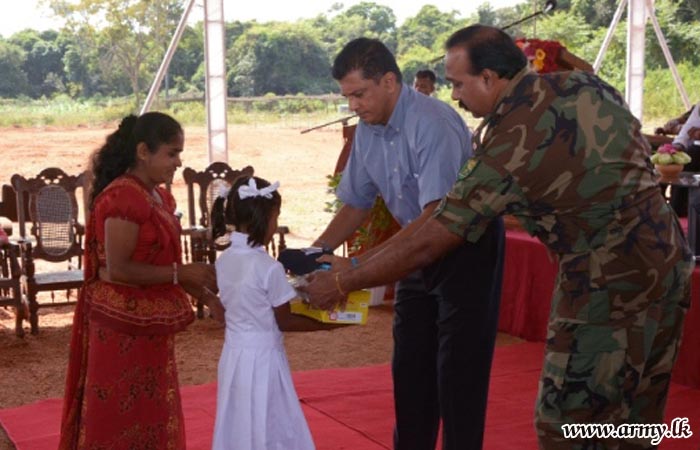 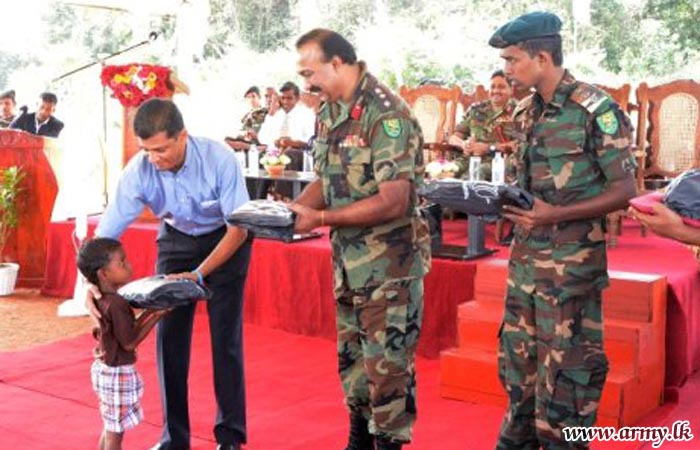 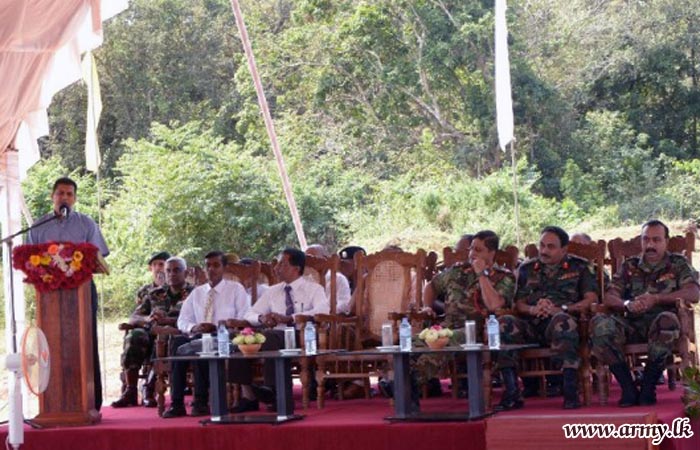 A magnanimous and exceptional gesture of generosity displayed by a former world-class cricketer at the request of the Army resulted in the establishment of a new school in Weherathenna village situated in the Vavunia district. Roshan Mahanama sponsored the project for establishment of the primary school named as ‘Roshan Mahanama Primary School’ at a cost of approximately Rs. 3 million and the entire construction was made possible thanks to the engineering and labour assistance of the 26 Sri Lanka Sinha Regiment (SLSR) troops of the 62 Division commanded by Major General B. H. M. A Wijesinghe, General Officer Commanding (GOC), 62 Division. The eight-month long construction project for this school building, consists of 5 class rooms remained a long-felt need of Weherathenna villagers since it did not have a primary school in their close periphery. The inaugural ceremony to open the school took place on January 11, 2017, during a ceremony attended by the donor, Major General Ruwan Kulatunga, Commander, Security Forces – Wanni (SF-W), Major General B.H.M.A Wijesinghe, GOC, 62 Division, Colonel Prasanna Gunarathne, Brigade Commander, 623 Brigade, Director of Zonal Education, several senior officers, Principal of the school, teachers and civilians. The new school building enrolled 44 students on the day of opening and facilitates the conduct of classes from grade 1 – 5 before students move out for higher studies. The Zonal Director of Education officially accepted the custodianship of the new primary school on the occasion and assured all the support including teaching staff and furniture supplies. Lighting of the traditional oil lamp and registration of the first batch of students marked the formal commencement of the new school. The principal Mr. Crishantha Jayasooriya during his speech to the occasion praised the generosity of the donor Mr. Roshan Mahanama and spoke high of the tireless contribution made by 62 Division troops of the Security Force Headquarters – Wanni. During the same ceremony, each student received a gift parcel including School bags, two sets of uniforms, shoes and other accessories to the value of Rs. 5,000/=. In addition sports items to the school as well as gift parcels to the teachers were awarded by Mr. Roshan Mahanama and other guests. © Sri Lanka Army
Source
0
SHARES
ShareTweet