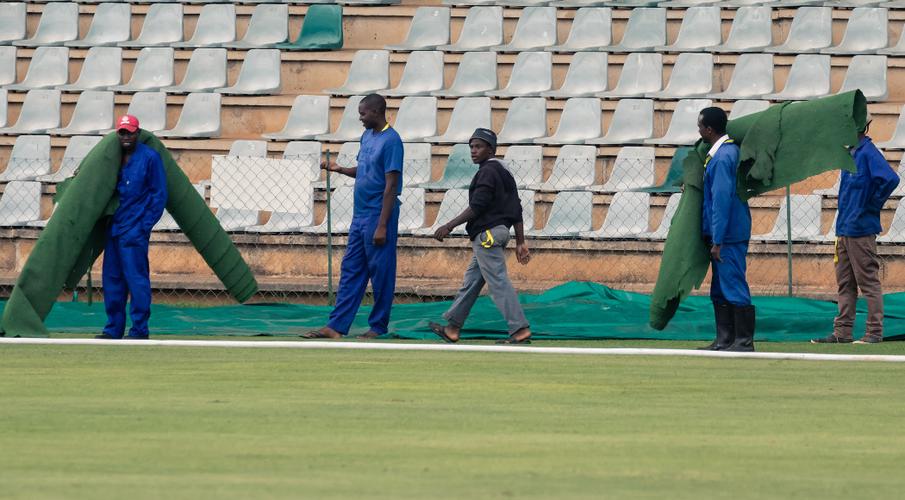 Heavy rain and bad light in the afternoon frustrated Zimbabwe’s push to build a match-winning position on the fourth day of the second test against Sri Lanka in Harare on Thursday.

A downpour mid-afternoon forced the players off the field and, although they returned briefly after tea, only 54 overs were bowled in the day, restricting Zimbabwe to 241 for seven at the close, an overall lead of 354.

The Zimbabwe captain Sean Williams, who made a century in the first innings, was 47 not out when bad light forced the players off and must now decide whether to declare overnight to give his bowlers a full day to try and win the match and square the two-test series.