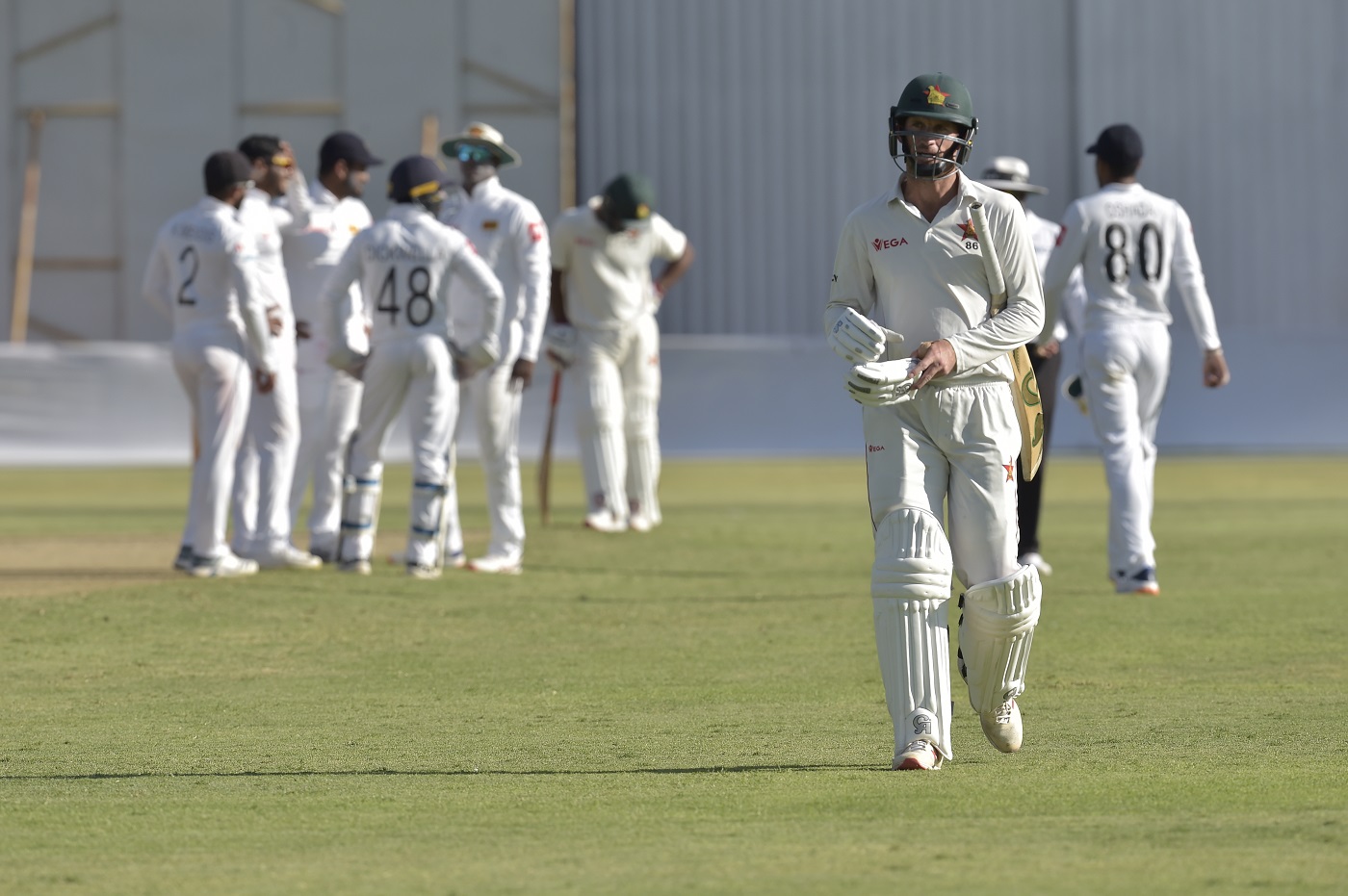 Zimbabwe's captain Sean Williams (front) walks back to the pavilion after his dismissal Sri Lanka's Dhananjaya de Silva during the first day of the second Test cricket match between Zimbabwe and Sri Lanka at the Harare Sports Club in Harare on January 27, 2020. (Photo by SIMON MAINA / AFP)

Captain Sean Williams scored a sparkling century as Zimbabwe profited from a docile wicket to reach 352 for six at the close of play on day one of the second and final test against Sri Lanka at the Harare Sports Club on Monday.

Williams struck 10 fours in his score of 107 from 137 balls, his second test ton, before giving his wicket away late in the day when he was bowled by spinner Dhananjaya de Silva attempting a slog sweep.