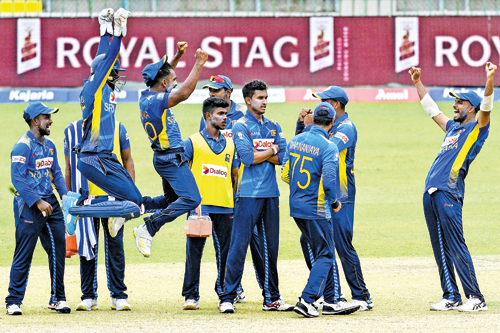 Sri Lanka have been forced to play in the qualifiers for the World T20 tournament late this year in UAE and will look for players who can potentially earn their places for the World Cup.

“This is the last opportunity for guys to stake a claim,” said Arthur, when asked whether he has got the players who would go to the World Cup.

“I and selectors are very clear with what we are going to do. We’re going to try out some players in the next three games. Then we have the South African series and plus two months of just working with 17 or 18 players that we would take to the World Cup,” he said.

Having hit a record low in the format (ranked 10 in the world), Sri Lanka is among six teams fighting in a qualifying tournament to grab one of the four remaining slots in the main tournament. Sri Lanka is grouped with Ireland and Papua New Guinea in the qualifying round.

Following the Indian series, Sri Lanka Cricket will organise a four-team local T20 tournament to open doors to fringe players, including experienced campaigners like, Angelo Mathews, Dinesh Chandimal, Seekkuge Prasanna, Asela Gunaratne, Angelo Perera and Ashan Priyanjan to earn a place in the T20 squad that would potentially play South Africa before heading for the qualifiers.