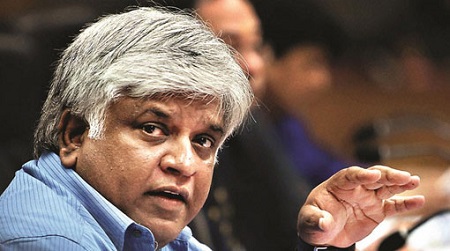 Former World Cup winning captain turned politician Arjuna Ranatunga has opined that this year’s world cup should have been shared between England and New Zealand.

“This year’s world cup final was one of the best matches that I have seen,” Ranatunga said during an event in Mirigama today (Jul 16). The world cup was awarded to England since they had scored more boundaries after a thrilling encounter between New Zealand saw scores being levelled at the end of the game.