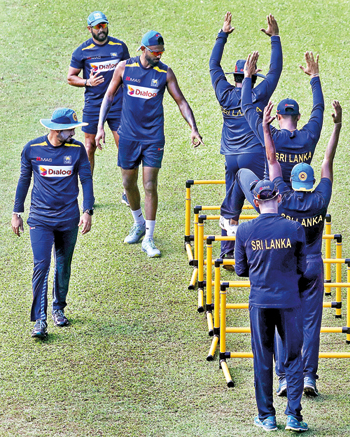 Sri Lanka cricketers protesting over their annual contracts are likely to meet their Waterloo with cricket authorities deciding to shut the door on those refusing to sign the deals on offer. This was a major point of discussion on Friday, when Sri Lanka Cricket (SLC) hierarchy met with members of the cricket technical advisory committee (CTAC) and national selectors.

Aravinda de Silva heads the CTAC with Roshan Mahanama, Kumar Sangakkara and Muttiah Muralidaran as members while Pramodya Wickremasingha is the Chairman of Selectors. Thirty-eight players, including 24 who were offered performance-based central contracts are at war with SLC demanding transparency in the process of player evaluation.