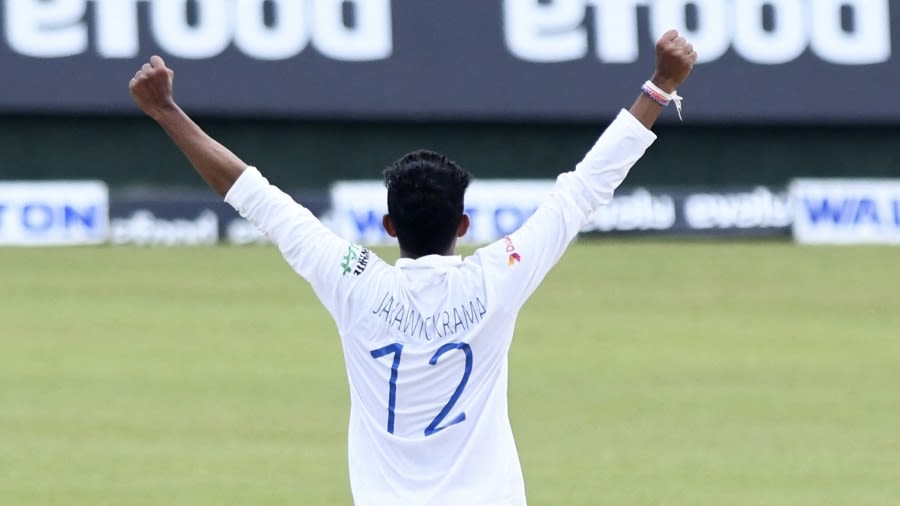 One bowler picked up a five-wicket haul in his debut Test match in South Africa. The other bowler returned an eleven-wicket match figure in his debut to lead his team to a win against Bangladesh. Impressive as their debuts might be, and though the healthy rivalry between these two southpaws could bring the best out of both, Sri Lanka might soon be forced to pick one between the two. After all, Sri Lanka will not have the luxury of playing both overseas, and even if they get to continue playing them together at home, Sri Lanka will have to decide who the lead spinner is going to be and who is going to play the second fiddle. In other words, Sri Lanka need to decide who is going to be their first choice left-arm spinner.

Both have their own set of admirers. Embuldeniya is seen as a purist straight from the school of orthodoxy exercising the conventional skills of a spinner—loop and dip—from a high-arm action. Jayawickrama’s round-arm action and flatter trajectory have made him seem heretical in the eyes of Embuldeniya’s admirers although his ability to get the ball to turn more has won him his own set of supporters.

So, who should Sri Lanka crown as their lead left-arm spinner? This might seem like a difficult question, but it should not be that way.