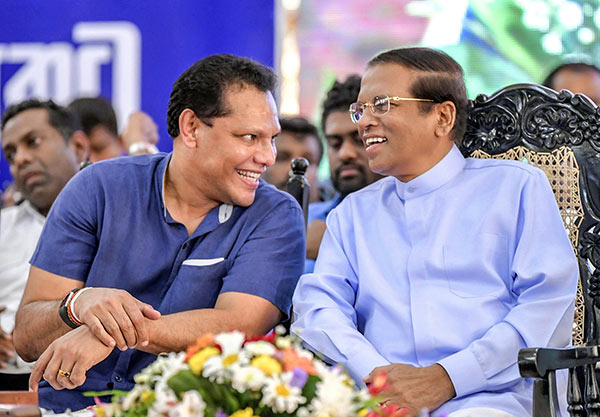 Such was the popularity of Dayasiri Jayasekara when he was named Chief Ministerial candidate of Wayamba a few years ago, there were posters that read, ‘Wayambata siri, Dayasiri’. The popular politician has a history of shooting from the hip, and some of his supporters have changed the slogan to ‘Ammatasiri Dayasiri.’

A lawyer by profession, during his interactions with the media as Sports Minister, he appeared to be quite knowledgeable, broadminded and fair. More than anything, he has not lost the common touch so much so that some old-timers in the media thought he had a brighter future.

However, it needs to be added Dayasiri has to mend his ways in some respects. He has earned notoriety for changing sides in politics. He entered politics from the SLFP and then crossed over to the UNP. He again pole-vaulted to the SLFP.

Now, Dayasiri is taking on religious leaders. Earlier this week, he lashed out at Malcolm Cardinal Ranjith for criticizing Maithriapala Sirisena, who , as the President in 2019, failed to prevent the Easter Sunday carnage despite several early warnings of the terror strikes…