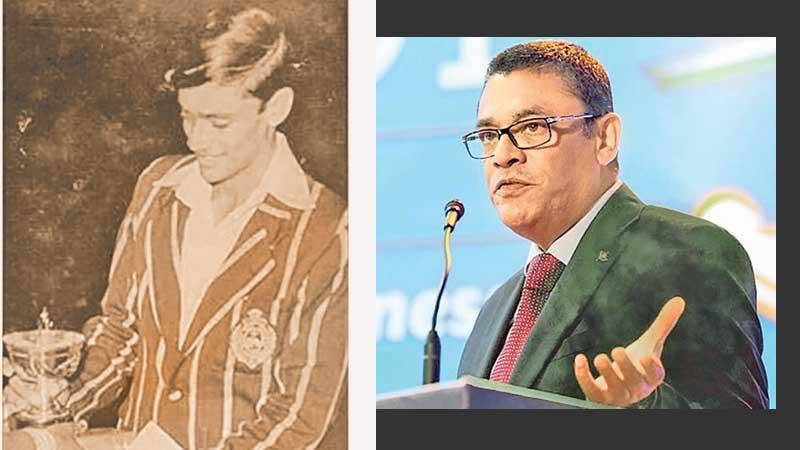 The 43rd Observer-SLT Mobitel Schools Cricketer of the Year commenced last week with its most popular contests.

With the country opening its doors from the beginning of this month, the voting for the 2021 Observer-SLT Mobitel Most Popular School Cricketers of the Year too were launched.

It was the then Royal College cricket captain Ranjan Madugalle who opened the innings for a galaxy of stars by becoming the first ever Observer Schoolboy Cricketer of the Year in 1978/79. Most importantly, it was the centenary Royal-Thomian big match year and in the very same year, Madugalle got a rare opportunity of representing Sri Lanka at the 1979 World Cup in England.

Madugalle’s career was decorated with the captaincy of Royal, NCC and the Sri Lanka team with distinction before finally holding his current position as the Chief Match Referee of the ICC for two decades. It was a singular honour for Sri Lanka as a country to have one of its greatest cricketers in that elite position.

Madugalle represented Sri Lanka in 21 Tests, aggregating 1,029 runs with a top score of 103 against India. He has played in 63 ODIs to aggregate 950 runs. He made a debut half century in Test cricket scoring 65 runs against England in Sri Lanka’s inaugural Test, minutes after Arjuna Ranatunga had become the country’s first ever half centurion in Tests.

Madugalle last came to the Observer Schoolboy Cricketer presentation podium when it celebrated the 40th anniversary in 2018. Joining us as the chief guest, he went down memory lane.

“I stand here with a great sense of nostalgia and I can still remember the day I received the Observer Schoolboy Cricketer of the Year award in the inaugural show hosted by the Sunday Observer in 1979,” Madugalle said in his special address as the chief guest.