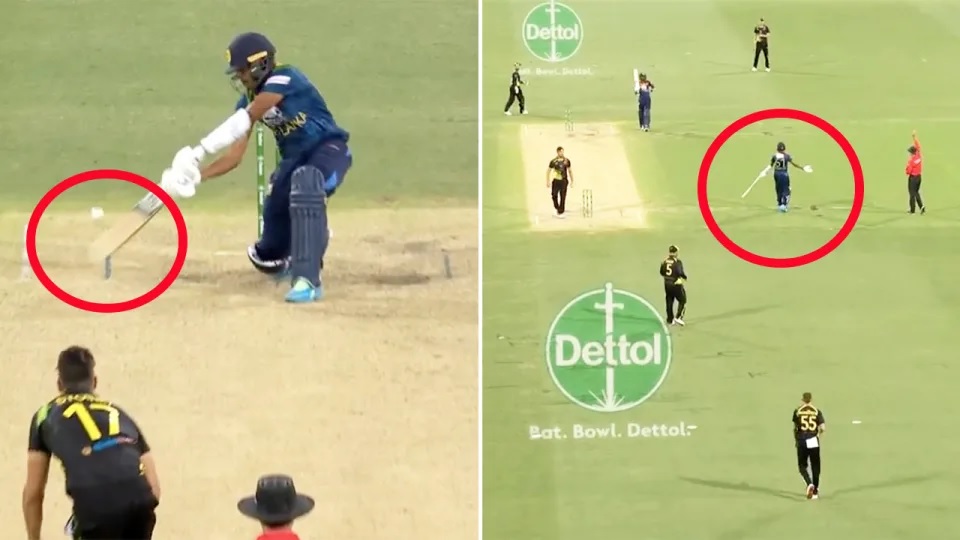 Cricket fans are crying foul after Sri Lanka’s loss in the second T20 against Australia, with many of the belief the tourists were dudded by a missed wide call in the final regulation over of the thrilling encounter.

Sri Lanka staged a stunning fightback on Sunday night to send their match to a super-over, however they could only muster five runs in the extra period and went down in vain.

But many thought Sri Lanka should have won the match on the final ball before the super-over due to a controversial wide that wasn’t called.