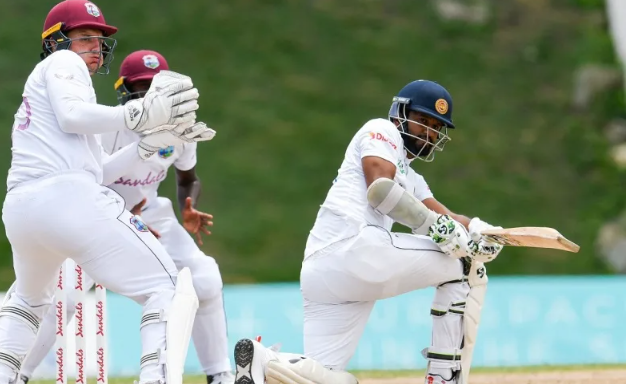 A century opening partnership between Lahiru Thirimanne and captain Dimuth Karunaratne helped Sri Lanka bat throughout the final day on Friday to draw the second test against the West Indies and the two-match series.

Sri Lanka entered the final day 347 runs behind the West Indies after trailing by 376 when the home team declared its second innings on Thursday at 280-4.