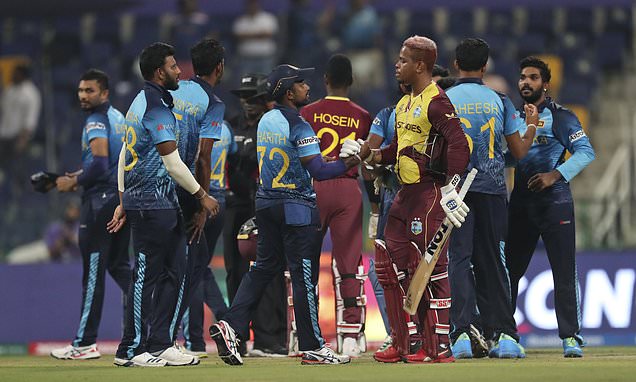 Defending champion West Indies were eliminated from the semifinals after losing their third game in Group 1 on Thursday against Sri Lanka.

West Indies will play against Australia in their last group match on Saturday. Sri Lanka bowed out of the tournament with four points after winning two of their five group games.

The ICC said in a statement on Friday that match referee David Boon imposed the 20% fine after West Indies was “ruled to be one over short of the target after time allowances were taken into consideration.”