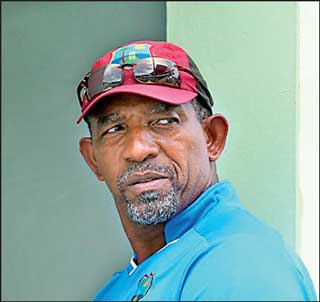 West Indies Head Coach Phil Simmons said that his team was prepared for a heavy dose of spin from Sri Lanka in
the upcoming two-Test series of the World Test Championship to be played at the Galle International Cricket Stadium.

“I think there will be a heavy dose of spin coming from them. We saw that against England. They opened the bowling with a spinner, so we will be addressing a lot on how we combat that spin with the new ball and bat normally after that,” said Simmons in a virtual media conference yesterday.[…]