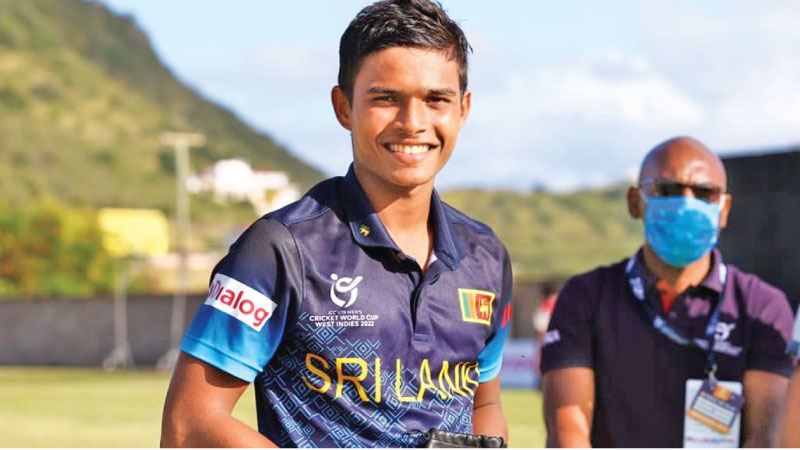 Sri Lankan under 19 skipper Dunith Wellalage entered the record books while he was making a brilliant knock of 113 against South Africa in this ICC under 19 world cup cricket tournament.

The 19-year-old left hander was the first under 19 Sri Lankan captain to score a century in the ICC world cup tournament and also the 9th Sri Lankan batter to do this achievement at the World Cup.