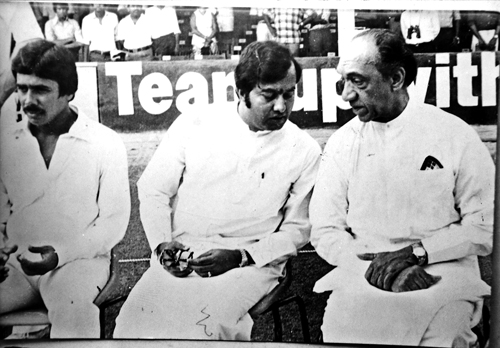 The achievements on the field of international cricket by the players who represented the tiny island of Sri Lanka during the first 25 years – after gaining Full Membership of the ICC in 1981 – is to say the least remarkable, and unmatched by any other Test-playing nation. For instance, it took New Zealand 26 years to win their first Test match, incidentally, Sri Lanka had won 50 Test matches in a like period! India practically dawdled for almost two decades to come out of the woods while South Africa too registered their first win after a lapse of 17 years. Sri Lanka won her first Test 3 years after playing her inaugural Test against England – a game that Sri Lanka nearly won – and then to top it all, 11 years later, won the World Cup in the most convincing manner beating Australia in the finals by 7 wickets.