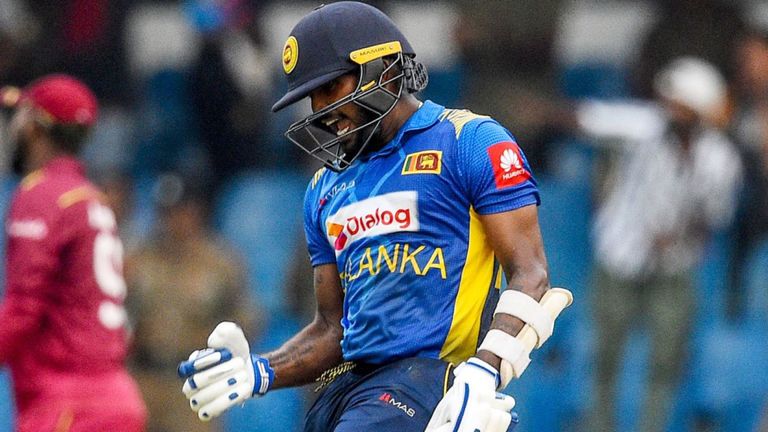 West Indies skipper Kieron Pollard who is the most experience cricketer when it comes to T20s, said Sri Lanka’s leg spinning all-rounder Wanindu Hasaranga de Silva is a street smart cricketer and can be a force to be reckoned with in international cricket.

Wanindu troubled the West Indies batsmen with his leg spin, especially his googlies which they found difficult to read. Even during the first T20, he was the one whom the opposition most feared, and it took him only two deliveries to remove Nicholas Pooran.

He also showed what he could do with the bat, taking Sri Lanka over the line in the first ODI single handedly with an unbeaten 42 in the end, while scoring 44 in the last T20 and being involved in a 87run stand for the sixth wicket with Kusal Mendis, where he used the crease and picked the gaps nicely, showing he can be a real asset in all three departments.

“Wanindu is just trying to improve each and every time. He has grown in confidence in this series. He now comes out as a proper batsman and looks to score runs. When he is bowling he is confident and wickets are helping him, pitches are helping him, good for him,” said Pollard.
“Once he learns from all the obstacles, all the things that are presented in front of him, and try to get better he can be a force to be reckoned with,” added Pollard.

But he said the real test may be in the future for him.

“Sometimes when you are new in international cricket and guys don’t know of you that much, it’s a bit easier. But, judging, when it comes to these guys is to see, how they go after a period of time. But looking at him I think he is a very good cricketer, he is a street smart cricketer. Sometimes we tend to go only by the books; you need to do things in a certain way. But you can see he is actually thinking cricket when situations dictate how he bowls and how he bats. And in the field he is giving 100%. So, only good things are to come, if he wants it,” said Pollard.
Sri Lanka Coach Mickey Arthur who is already is impressed by Wanindu and praised him prior to the series, said he is among the top ten cricketers in the world at the moment.

The 22-year-old is also set to make his Test debut against England in Galle, the same venue where he made his One Day debut by taking a hat-trick, but unfortunately he had to wait more than 20 months in the wilderness to get a proper run in the team, and once he got that, he has shown that he is not some bits and pieces cricketer to the world.