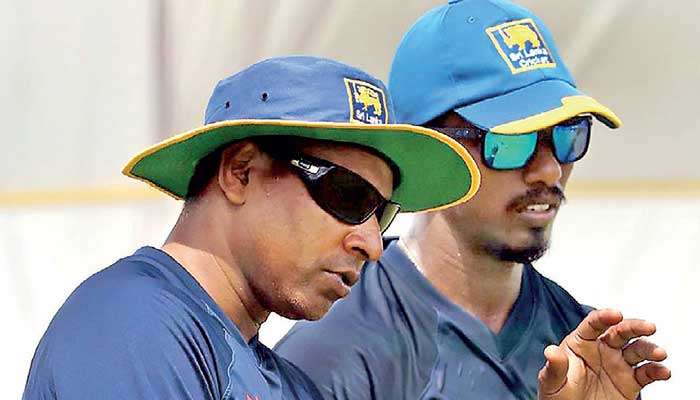 While Sri Lankan batters have shown to be among the runs in the intra-squad practice games in England, it seems the bowling department is yet to acclimatise to the local conditions. The responsibility of training the Sri Lankan bowling contingent into a formidable attack against the Englishmen has been bestowed upon their world champion bowler and now head bowling coach Chaminda Vaas, who is optimistic that his squad has got a few surprises and different tricks to tackle the English batters.

“We have just finished a good training session this morning at Sophia Gardens, and I am happy that the boys were very keen to condition themselves to the asking task,” said Vaas.

Vaas, who is taking care of the 18 bowlers on tour, said that they have identified which areas each and every bowler needs to improve in order to become successful in English pitches, and that they will be working hard in the coming days before the two matches. “We have a young and talented bowling unit, and we would like to give a few surprises to the English batsmen who have not played against some of them,” explained Vaas.

On their last tour of India, England scored over 160 in all five T20 encounters against the hosts, while in the ODIs against the same opposition they surpassed 320 in two out of three matches. Playing in home conditions, England will be a tough team to restrict to competitive scores.