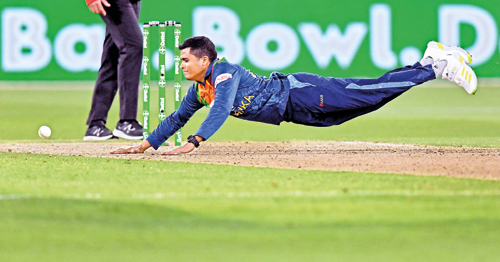 Sri Lanka has named uncapped off-spinner Ashian Daniel and leg-spinner Jeffrey Vandersay in a 19-man squad for their two-match Test tour of India early next month. The series, which includes a day-night Test, will begin on March 4 in Mohali before the teams head to Bengaluru for the second Test, a day-night game starting on March 12. The match in Mohali will be Sri Lanka’s 300th Test match.

Wicketkeeper batter Niroshan Dickwella is also back in contention for a place for the first time since May last year while senior batter Lahiru Thirimanne returns to the side, having taken paternity leave during Sri Lanka’s last Test series against West Indies.