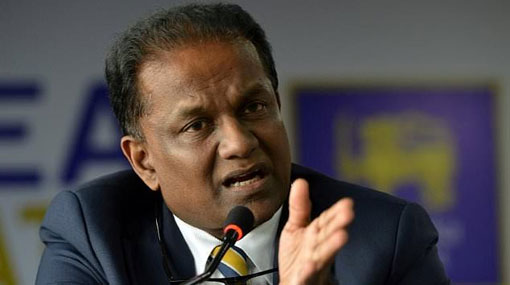 UPFA Parliamentarian Thilanga Sumathipala says that he will not contest the upcoming Sri Lanka Cricket (SLC) election. The former SLC President made this announcement during a press conference held in Colombo today (17). The briefing took place following the handing over of nominations by candidates contesting the SLC election while Sumathipala did not participate in the submitting of nominations.