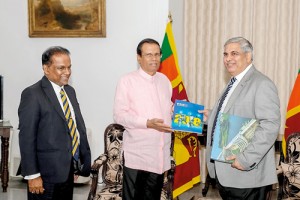 A mere six months after Thilanga Sumathipala, former Sri Lanka Cricket (SLC) president, toiled behind the scenes to have his close confidante, Shammi Silva, elected to the post he was vacating, relations between the two have turned sour. Now, businessman-turned-politician Sumathipala is likely to lose even his slot in the SLC Executive Committee.

While he did not contest the cricket election this year, Sumathipala is a member of the Executive Committee by virtue of being immediate past president. He is now on a sticky wicket grace to a new regulation.