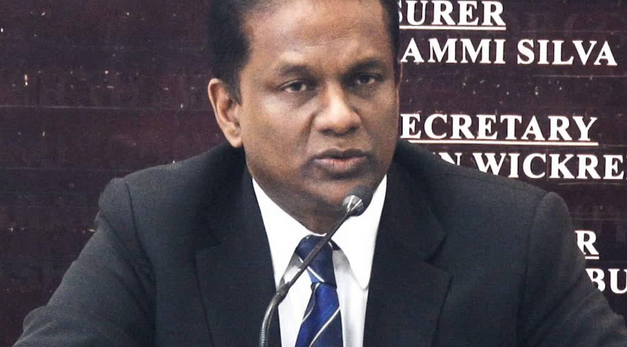 A widely-reported alleged bribery scandal related to a controversial Board of Control for Cricket in Sri Lanka (BCCSL) television rights deal in 1997 has taken a fresh turn with the International Cricket Council (ICC) citing fresh evidence against Thilanga Sumathipala, the then Vice President and Chair of the relevant sponsorship committee, in a 12-page report released to the Ministry of Sports.

After Sri Lanka’s 1996 World Cup victory, the BCCSL awarded television rights to WorldTel owned by Mark Mascarenas for a sum of US $ 5.5 million. The bid winner allegedly paid a US$ 100,000 bribe to an unnamed official in return. The ICC, in its latest report, identifies Sumathipala, the BCCSL strongman, as the bribe’s recipient.

The report was compiled after Glyn Palmer, a British national involved in the gambling industry, spilled the beans. He confirmed Sumathipala’s connections to the gambling industry and gave evidence to support the alleged corruption. The report says that Palmer, in addition to being Sumathipala’s ‘adviser to set up and grow his Sporting Star business, facilitated hiding and moving illegal payments including those related to TV rights deals’.

“GP (Glyn Palmer) claimed that in 1997 the TV rights for Sri Lanka Cricket (SLC) were sold to Mark Mascarenas (now deceased) and his company WorldTel Inc. GP claimed that a 100,000 USD bribe was paid to TS (Thilanga Sumathipala) for these rights,” the report, signed by ICC’s Anti-Corruption Head Alex Marshall, states. “A fax was also copied which appeared to be a request from TS to GP to contact Mascarenas and giving details of an account for Euro Comlink, for transactions. Bank statements provided by GP showed 3 further payments totalling 35,750 USD paid into the same account.”