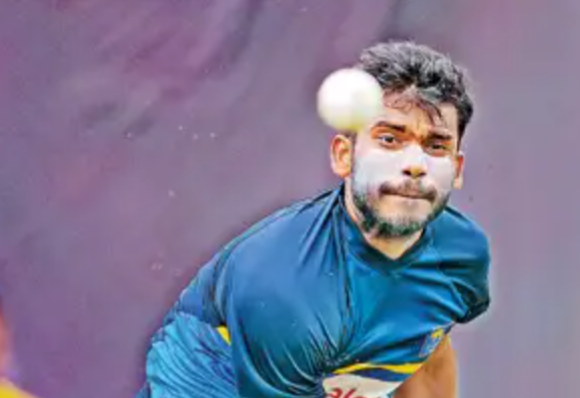 Exactly when Lahiru Dilshan Madushanka’s T20 career was about to take off with the biggest and the best ticket to the T20 World Cup, an injury sidelining him for three more weeks, has distanced his dream of featuring in the showpiece tournament.

The right-arm fast-bowling all-rounder, with only three international outings in the same format, had made a successful case in earning a call to the World Cup. But in the dead rubber T20 versus the South Africans, aimed to give Madushanka match practice for the showpiece tournament, only turned things upside down, injuring his left-side collarbone.

“I’m partially fit,” he said to the Sunday Times this week having a round of check-up due in Colombo, coming week (29).