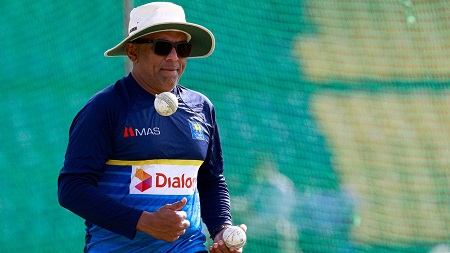 Jerome Jayaratne, SLC Chief Operating Officer, will take over as Coach in the interim for the New Zealand series while the Board continues its hunt for Hathurusingha’s replacement.

Hathurusingha, who was hired in January 2018, completes his contract in December next year but inconsistent performance in white ball cricket forced SLC to demand his resignation on the instruction of the Sports Minister.

SLC had been in negotiations with him to amicably part ways since the conclusion of the World Cup but Hathurusingha has been adamant that they sack him if they wished to and talks collapsed unpleasantly.