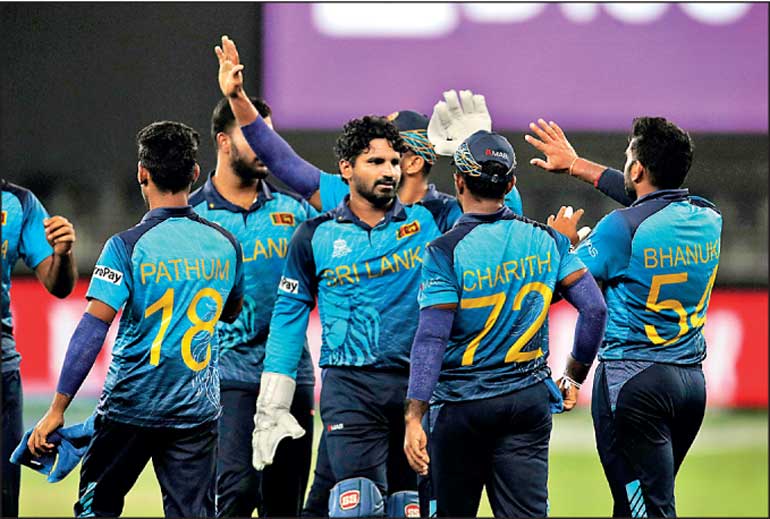 With one win each in the Super 12 round, Sri Lanka and South Africa will cross swords at Sharjah this afternoon, both needing to win to keep their semi-final hopes alive.

South Africa were beaten by five wickets by Australia in a low-scoring game in their opening fixture in Abu Dhabi but put on an impressive all-round effort to crush defending champions West Indies by eight wickets during the second game in Dubai.

The Lankans had four straight wins, including Bangladesh in their opening game in the Super 12 fixtures, but Australia ended their unbeaten run with a crushing seven-wicket win on Thursday.

The defeats each have put them in a tough position in the group which is headed by England and Australia in terms of wins.

While Sri Lanka and South Africa battle it out in Sharjah, unbeaten England and Australia will meet in Dubai in the second game of the day. The winner of that match will be a step closer to qualifying for the semis with two matches to go.

Following Thursday’s defeat, Sri Lanka needs to regroup soon to stop the high-riding South African side, who beat the Sri Lankan’s 3-0 in the lead up to the World Cup.