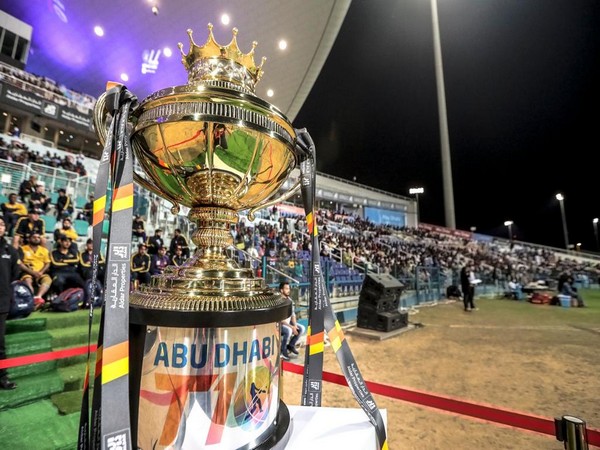 The world is currently witnessing the biggest
cricket carnival in the United Arab Emirates with the ICC Men's T20 World Cup to be
held from 17 October 2021 to 14 November 2021 and thereafter the high-octane Abu
Dhabi T10 will be played in the UAE capital from 19 November to 4 December 2021.
As many as 32 players, who have been drafted in the Abu Dhabi T10 franchises for
the fifth season of the tournament, will be in action for their respective countries at
the ICC Men's T20 World Cup 2021.
Explosive players such as Nicholas Pooran, Chris Gayle, Andre Russell, Fabian Allen,
Dwayne Bravo, Evin Lewis, Obed Mccoy, Ravi Rampaul, Darren Bravo, Akeal Hosein
and Andre Fletcher will light up the stadium for the defending champions West Indies
at the ICC Men's T20 World Cup 2021.
Meanwhile, class-apart cricketers Eoin Morgan, Moeen Ali, Chris Jordan, Reece
Topley, Liam Livingstone, Tymal Mills, Adil Rashid and Jason Roy are set to play for
the ICC Cricket World Cup 2019 champions England.
Hazratullah Zazai, Qais Ahmed and Rahmanullah Gurbaz will represent Afghanistan,
while Dushmantha Chameera, Maheesh Theekshana, Chamika Karunaratne and
Wanindu Hasaranga will play for the 2014 ICC World T20 champions Sri Lanka.
Destructive players such as Paul Stirling, Mark Adair, Curtis Campher and Joshua
Little will represent Ireland, meanwhile, Mohammed Saifuddin will feature in the
ShareTweet