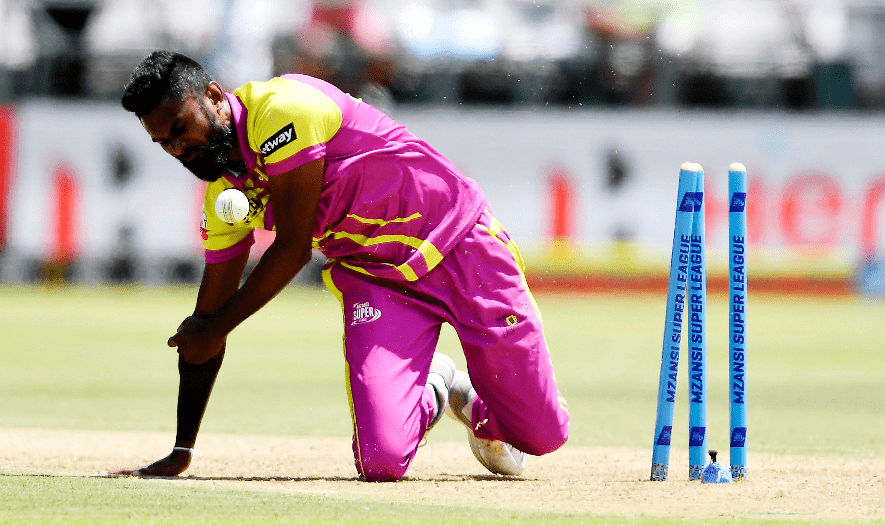 Representing the Paarl Rocks in the Mzansi Super League, Udana was bowling the penultimate over of their group stage match against the Nelson Mandela Bay Giants.

Needing 24 runs from the final eight balls for victory, Giants batsman Heino Kuhn cracked a straight drive into his teammate Marco Marais at the nonstriker’s end.

Marais fell to the ground in pain as the ball ricocheted towards Udana.

Despite having an opportunity to run out the injured batsman, Udana waited…