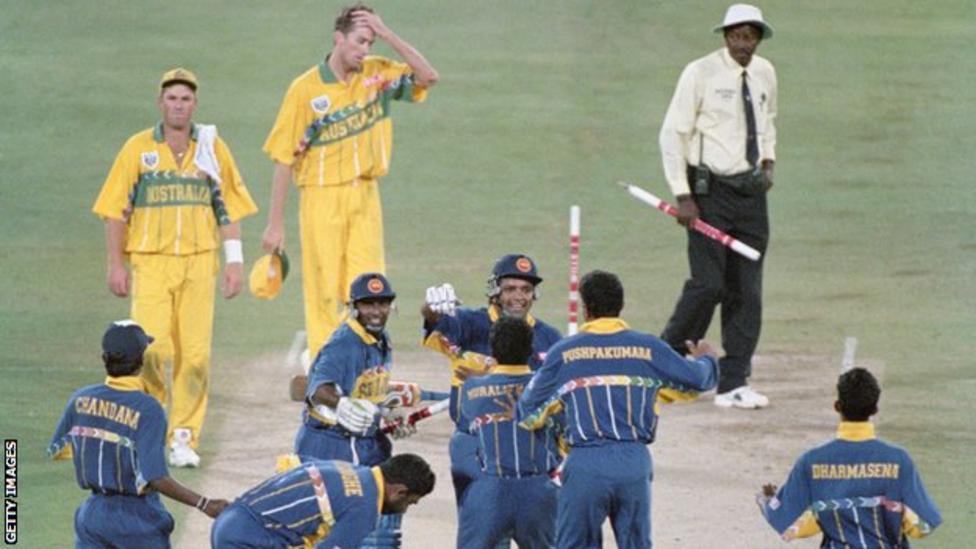 On the eve of the 1996 final in Lahore, the players of Sri Lanka and Australia dined together in the company of a special guest – the World Cup trophy.

As Australia’s players posed for photos with the gleaming silverware, some of the Sri Lankans got up to do the same, only to be halted in their tracks by their combative captain Arjuna Ranatunga.

“Arjuna told them: ‘no pictures now because we’re going to win the World Cup’,” recalls Sri Lankan broadcaster Roshan Abeysinghe. “‘Once we win, then you can take as many pictures as you like.'”

The following night, under the lights at the Gaddafi Stadium, the pre-tournament 66-1 outsiders duly crushed the vaunted Australians to complete one of cricket’s greatest underdog tales…