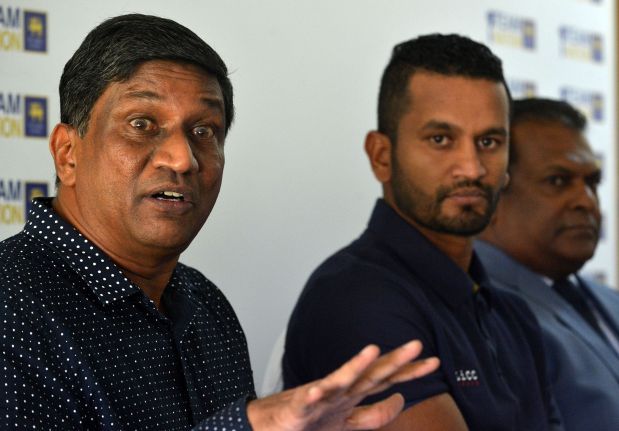 The perils of picking players based on their form in the Sri Lankan domestic tournaments are well recorded, and the subsequent failure in the ODI series render testimony to this. Avishka Fernando, Kamindu Mendis, Angelo Perera, Chamika Karunaratne, and Priyamal Perera all failed to impress, and it is worth asking the question whether Ashantha de Mel should be judged based on the successes of Oshada and Embuldeniya alone, conveniently ignoring the many failures. After all, a broken clock is right twice a day.

Sri Lanka picked players on form for the South African series and expected them to help the team turn the tables. But the expected failures of Avishka Fernando, Kamindu Mendis, Priyamal Perera, and Angelo Perera show that form in domestic cricket hardly means anything at the international level. The chief-selector himself admitted that Dickwella performed well in New Zealand and Australia. Should he have been dropped for failing against high-quality fast bowlers in South Africa in favor of a batsman who bullied domestic bowlers in Sri Lanka?

This clearly shows his clear lack of understanding of the modern-day limited overs cricket. This can be further emphasized by his pigheaded assertion during the media briefing that Test batsmen can easily adapt to ODI cricket while ODI cricketers will find it difficult in Test cricket. This comes from him despite England picking Jos Buttler into the Test side based purely on his IPL performance. It is also noteworthy that Pujara despite being an elite Test player has hardly been considered for ODI cricket by India.

The chief selector further doubled down on his inanity by calling Dhananjaya de Silva a better off-spinner than Akila Dananjaya, falsely classifying Akila as an off-spinner. Barely minutes had passed before de Mel lambasted Akila’s ability to bowl off-breaks, leg-breaks, and googlies arguing that it made setting the field difficult for the captain. At this rate, it won’t be surprising if he bans the wrist spinners he has chosen from bowling googlies.