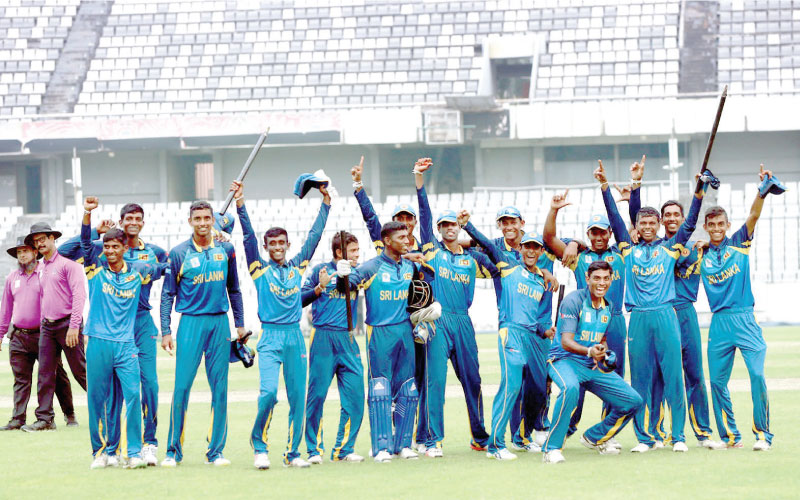 Sri Lanka’s Under-19 cricketers, who pulled off a record 5-0 series whitewash against reigning Under-19 World

Opening the batting with Chamindu Wickramasinghe was one option that has paid off for Sri Lanka U-19
Cup champions Bangladesh in the recently concluded five-match ODI series, have been asked to go and play club cricket to enhance their skills further.

“I have asked everyone to go and play club cricket for the next couple of weeks. It’s very important for them to play club cricket because that is one notch higher than Under-19. I have released all 26 players who formed the squad for the ODI series,” said Sri Lanka Under-19 Coach Avishka Gunawardene.