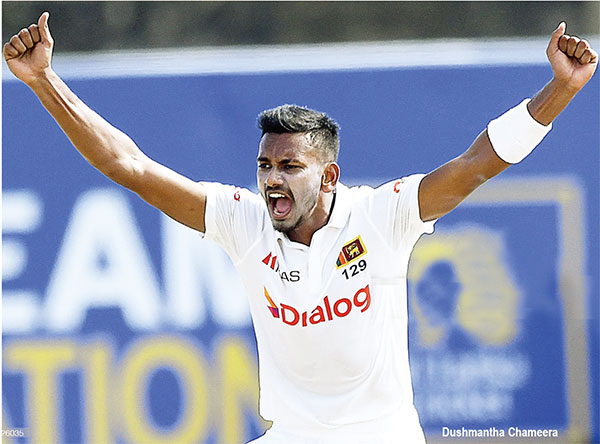 Captain Dimuth Karunaratne must be an angry man after being told to rest his pace ace Dushmantha Chameera from today’s second Test match against India here at the Chinnaswamy Stadium in Bangalore. Karunaratne at the press briefing spoke diplomatically, but his disappointment is understandable as he had made the decision ahead of the first Test to reserve Chameera as he was going to let him loose for the pink ball Test.
0
SHARES
ShareTweet