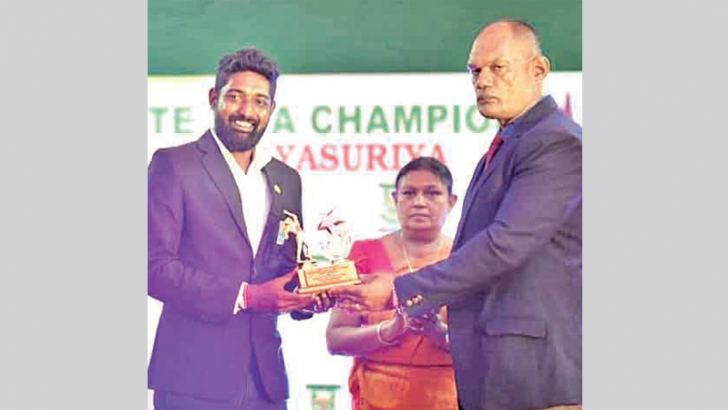 Sri Lankan leg spinner Prabath Jayasuriya was felicitated by his first school Christ Church College Matale last week after his remarkable performance at the recently concluded Australia and Pakistan series. He was adjudged the Man of the Series against Pakistan having 29 wickets in three matches including three five-wicket hauls in three consecutive innings. The 30-year-old leggie started his cricket career at Christ Church Matale representing College Under 13 and 15 and Matale District XI under 15 in SLC Inter District Tournament in 2006.
ShareTweet