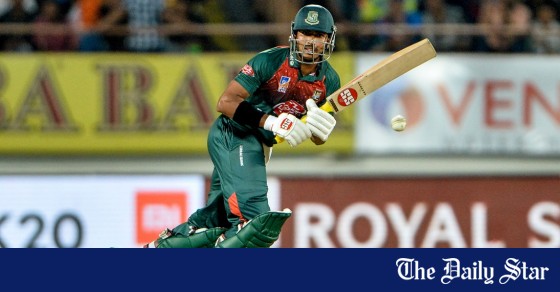 Openers Soumya and Saif Hassan gave the team a solid start in chase of Sri Lanka’s 122. Soumya had a good tournament so far but this time failed to capitalize on his good start, falling to Kamindu Mendis after scoring 27 in the eighth over. Saif signaled his intent, hitting two back-to-back sixes in the 11th over but he lost his wicket next over to a run out after scoring 33.