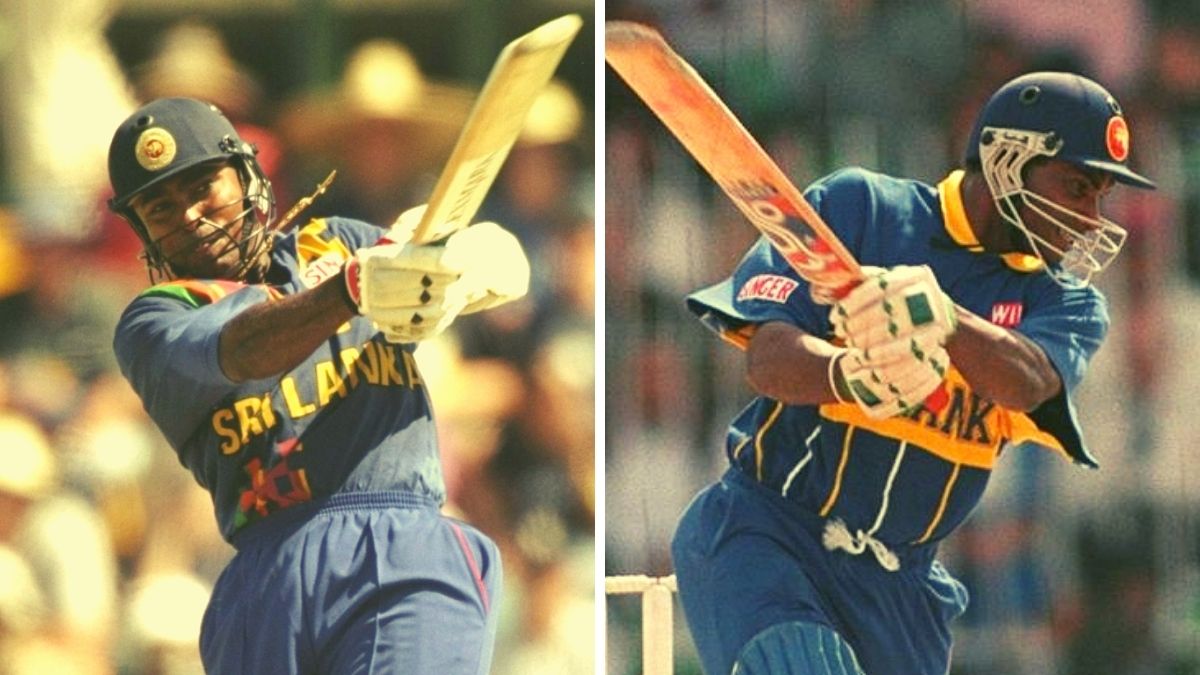 This article was originally published on January 26, 2011.

Teams had already experimented with the idea of opening the innings with a pinch-hitter before the 1996 Cricket World Cup but no one had tried two pinch-hitters at the top. Going after as many runs as possible during the first 15 overs, Sri Lanka replaced both their conventional openers with batsmen capable of belting the ball cleanly, and it turned the fortunes of a side who were down in the dumps after a tough, demoralising tour Down Under.

In December 1995, Sri Lanka embarked on their 1995/96 tour to Australia, where dramatic changes to their batting order was about to take place. The radical restructuring was sparked by a string of defeats and demoralising batting collapses. When it was time to leave Australia, Roshan Mahanama and Chandika Hathurusingha had lost their positions in the team as openers.

The Test series in Australia was largely a one-sided affair. The hosts won the first two Tests comfortably. No one expected the third Test to end any differently, however, Sanath Jayasuriya’s inclusion in the side in the final Test, and his immediate success, appeared to inject self-belief into a batting order that was struggling to cope with conditions in Australia.

They lost the Test series 3-0, but Jayasuriya had blazed away to a maiden Test century, while the wicket-keeper in the side, Romesh Kaluwitharana, was in tremendous form, carting the Australian bowlers to all parts in the middle-order. The Test series whitewash needed to rapidly be put behind them, as Arjuna Ranatunga’s weary men needed to prepare for the challenges of the ODI leg of the tour.

With the 1996 World Cup just months away, the Benson & Hedges World Series, which also featured the West Indies, was crucial towards Sri Lanka’s World Cup preparations. That they won the World Cup, even after fairing so poorly in Australia, best describes the stunning transformation Ranatunga’s side took after the arrival of their new openers.

It wasn’t until after four straight losses in five matches in the tri-series that Sri Lanka eventually decided to experiment with their openers. They had preferred Roshan Mahanama and Chandika Hathurusingha to partner Jayasuriya at the start of the B&H World Series.

When Kaluwitharana was finally promoted to open with Jayasuriya, the visitors were playing Australia at the Melbourne Cricket Ground in match-nine of the tournament. Helping his side surpass Australia’s total of 213/5 with ease, the free-scoring Kaluwitharana smashed 77 runs off 75 balls.

After making just 15 runs in his three previous innings as opener, Mahanama found himself demoted to the middle-order, but his new role as a finisher was precisely what Mahanama and Sri Lanka’s eggshell batting order had needed; a half century in his new role helped Sri Lanka cross the finish-line in the game and Sri Lanka registered three successive wins thereafter.

Despite losing the tri-series to the hosts, reaching the final in a tri-nation tournament in Australia was a first for the islanders—the transformation from being international cricket teams’ punching bag to world champions had begun.

It was still not beyond Sri Lanka’s batting line-up to collapse in an embarrassing heap, losing matches that they were on track to win. Kaluwitharana’s promotion up the order helped in more ways than one, in that regard. It allowed the experienced Mahanama to slide down the batting line-up, where he looked more at ease than against the new ball, and bolstered Sri Lanka’s middle-order if the top order was blown away rapidly.

Sri Lanka’s coach during this time, Dav Whatmore, credited team manager Duleep Mendis for coming up with the strategy.

“It wasn’t my idea,” Whatmore said. “I have to tell you that it was born from Duleep Mendis who came up with that thought before the [1996] World Cup in Australia, where we were playing in the World Series there and immediately I loved it.”

“Kaluwitharana, having been promoted from number seven, where he was a very clean hitter of the ball, but would always get caught in the out-field, was now in a position to play his shots and hit it crisply with a lot of vacant territory out of the 30-yard circle.

“He had two man-of-the-match awards immediately after he was promoted. It was great to see opposition teams totally flummoxed with that sort of tactic.”

By mid-1996, fans had grown accustomed to hearing veteran commentator Tony Greig describe the pair as “deadly dangerous”, when they strode out of the dressing rooms and into the middle to open batting for Sri Lanka. “Watch out! These two are deadly dangerous,” Greig would say.

The attacking brand of cricket they played was fraught with risk, which meant that individually they struggled to become consistent run scorers. Their task, however, was to score as many runs as possible during the first 15 overs, which on occasions resulted in them selflessly sacrificing their wickets, as they attempted to increase the run-rate for the team’s cause.

Kaluwitharana and Jayasuriya opened batting for Sri Lanka on 105 occasions, scoring 3230 runs at an average of 31.05. They made six century partnerships and on 19 occasions the pair scored between 50 and 99 runs.

More importantly, the emergence of their partnership sparked a revolution and the ODI game morphed into what it is today. After the 1996 World Cup, teams looked to score a bulk of their runs during the first 15 overs. In the past, the focus was mainly on conserving wickets against the new ball.