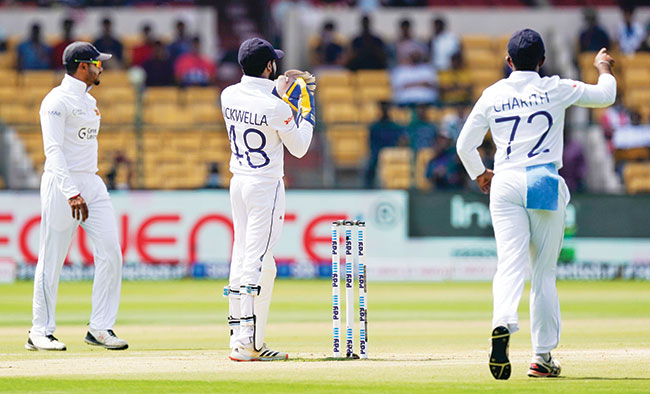 India have not just got the world’s best franchise tournament, they also have a robust Test team and Sri Lanka with a bloated First Class system were no match for the hosts as they were heading for a heavy defeat in the second Test here in Bangalore inside three days.

You can pardon Sri Lanka’s players for not being fit to hold a candle to the Indians as their opponents’ skill levels are far superior. But what is unpardonable is their mindless selections and sloppy cricket.