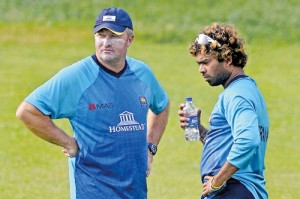 During the World Cup in England and Wales, the Sunday Times caught up with Paul Farbrace who worked two stints with Sri Lanka Cricket (SLC). He was first understudy to Trevor Bayliss, then Sri Lanka’s head coach, for two years from 2007 to 2009. He then took over the position in 2014.

Soon after Sri Lanka won the Asia Cup and the T20 World Cup, Farbarce ended his association with SLC and left for England. The opportunity to train his own country and a better financial package was at the heart of his decision to quit the Sri Lankan job/ But an element of instability in his role with SLC made it easy.

In this interview, Farbrace also discusses England’s rapid rise in limited-over cricket and why Sri Lankan cricket has struggled to be among the top teams during the past few years.