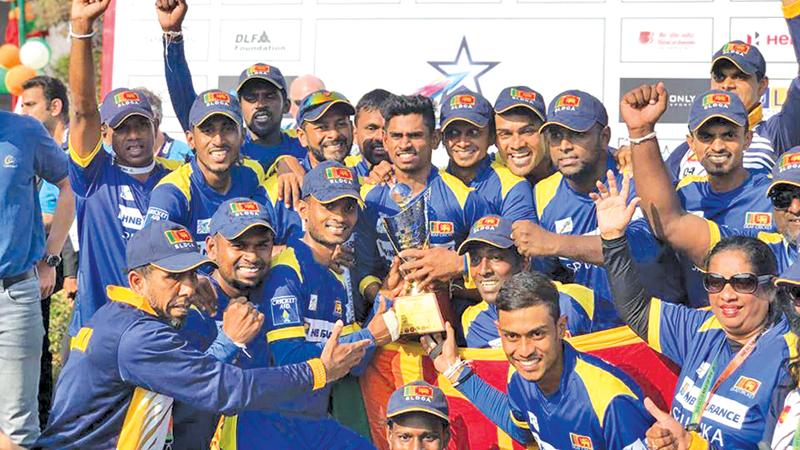 Sri Lanka Cricket has snubbed the Cricket Association for the Physically Challenged that recently won their ODI and T/20 games against the Cricket Wales Disability team affiliated to the England and Wales Cricket Board at Prince of Wales College ground Moratuwa.

The home team won both matches that were worked off while two were affected by rain and not played.

Speaking to the Sunday Observer Lakshan Fernando president of the Cricket Association for the Physically Challenged said that they invited the England and Wales Cricket Board (ECB) for the tournament and it was successfully concluded apart from the rain ruined matches.

“Due to lack of financial commitment we did not continue with the rest of the matches. The three day matches were called off due to rain,” he said.