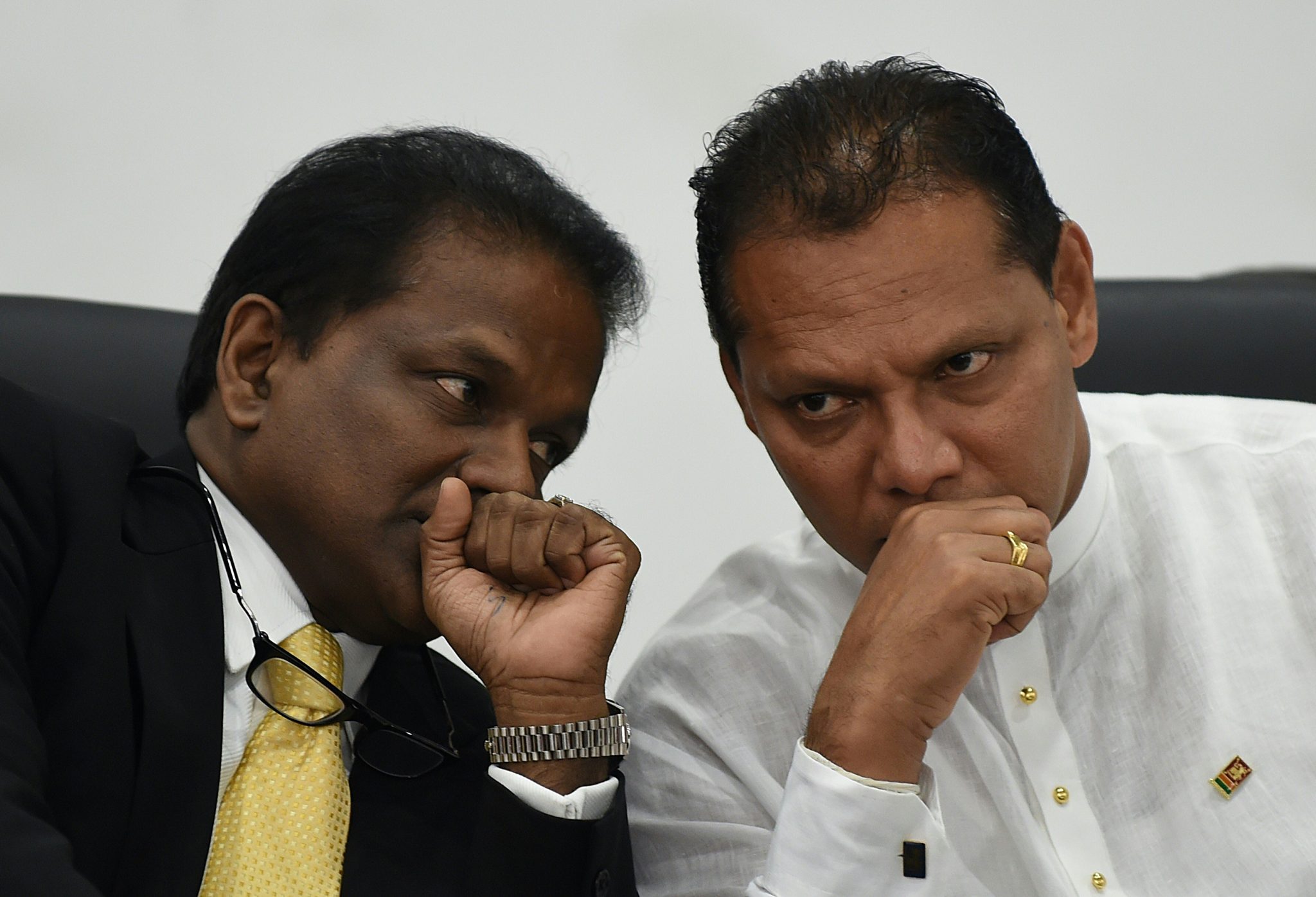 “I don’t wish to meddle with the day-to-day affairs at Sri Lanka Cricket (SLC). But, as the Sports Minister it is my responsibility to make sure nothing illegal happens in any of the sports bodies under my purview. ” Sports Minister said at a press conference held yesterday at the Sports Ministry premises.

“But the complaints were made once Thilanga Sumathipala assumed duties as the immidieate past president because he was taking care of international cricket which handled organizing tours, TV right deals etc. I think we took the right decision for the betterment of the game as per the sports law. If he [Thilanga Sumathipala] wants to challenge our decision, he can go to courts. We will respect the decision of the courts. “The Minister at the start of the week sent a letter to SLC directing the Ex-Co from preventing Mr. Sumathipala from ‘participating, sitting, voting in any meeting of any committee, exercise discharge and perform of any powers, functions and duties as an office-bearer or immediate past president from participating as or representing Sri Lanka Cricket’ based on the findings and recommendations made by a three-member committee appointed by the Minister.