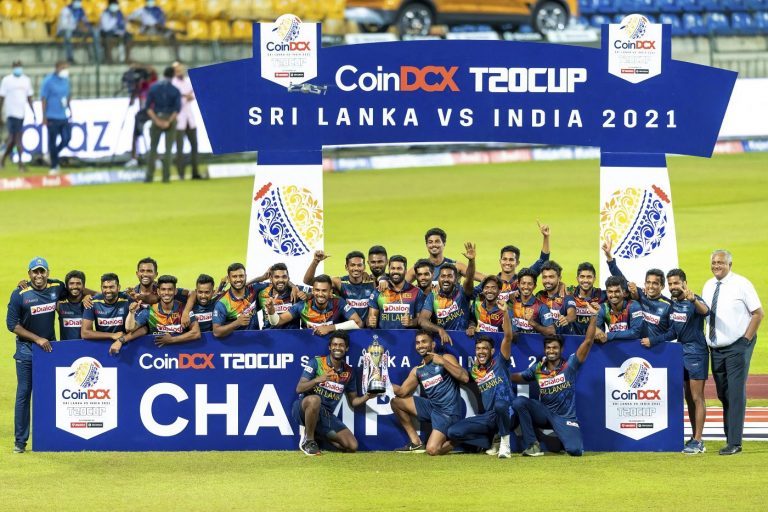 India Captain Shikhar Dhawan was seen interacting with the young and inexperienced Sri Lankan side post the culmination of the third T20I on Thursday (29 July) at Khettarama.

Sri Lanka spinners led by leg-spinner Wanindu Hasaranga rattled a depleted Indian batting to engineer a 2-1 series victory with a seven-wicket win in the third T20I on Thursday.

“However, after the game, Dhawan, in a warm gesture, was seen interacting with the Lankan side. Victorious Lankan Captain Dasun Shanaka was also present during the interaction and this moment was applauded by fans on the internet,” wrote The Indian Express on Friday (30 July).