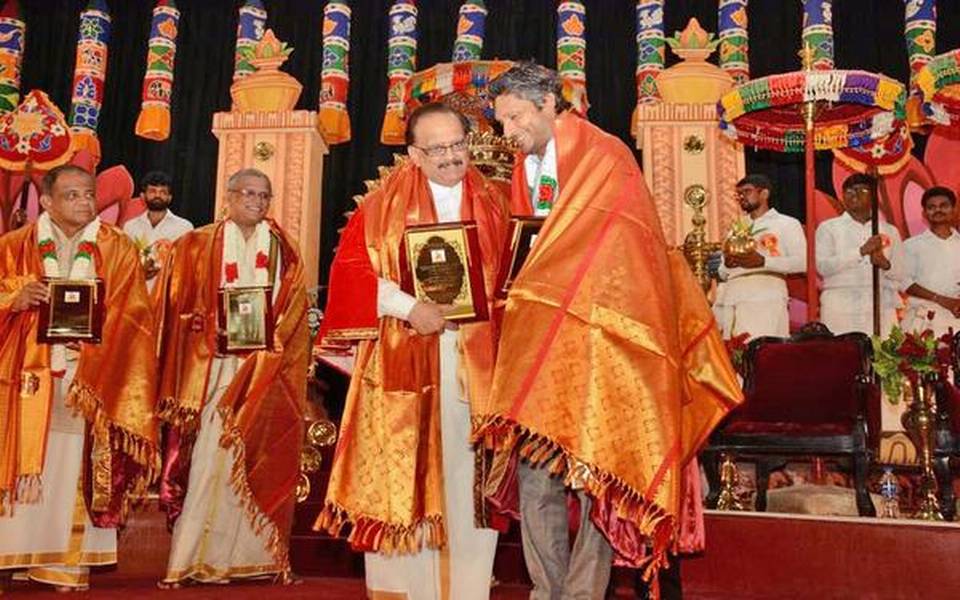 “I have not received an honour like this,” said playback singer S.P. Balasubrahmanyam. It seemed a surprising remark, coming from an ace playback singer with several coveted national and international honours.

But it was not merely the grandeur of the awards ceremony organised by Sri Lanka’s Kamban Kazhagam that moved him. The singer, whose “greatest passion after music” is cricket, got to share the dais with one of the most admired icons of the sport – Kumar Sangakkara.

Bringing the two icons – of film music and cricket – together, with other accomplished Sri Lankans, was the Kamban Kazhagam in Colombo.