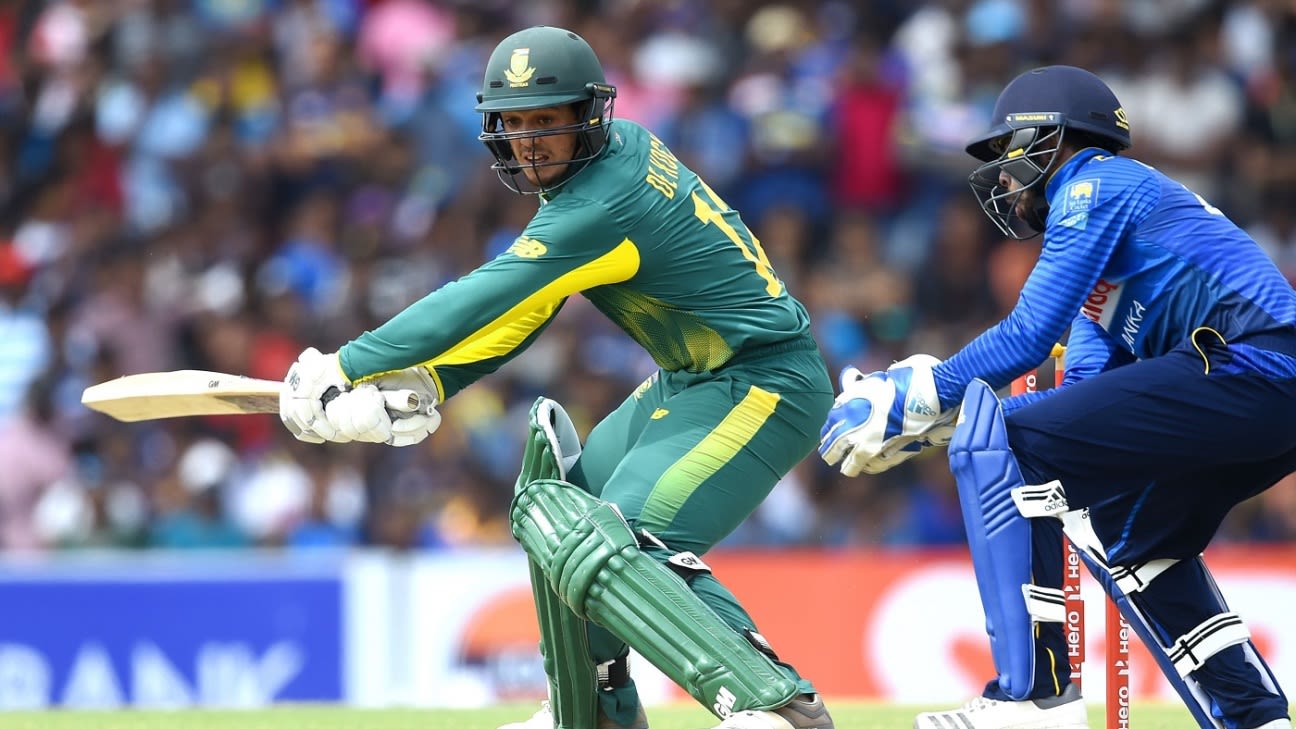 South Africa have confirmed their tour to Sri Lanka for three ODIs and as many T20Is during September. All six matches will be played at the R Premadasa Stadium in Colombo, with the series starting with the first ODI on September 2 and ending with the third T20I on September 14.

“We are delighted to have another tour confirmed for the Proteas men’s team with the ICC T20 World Cup just around the corner,” CSA’s acting CEO Pholetsi Moseki said. “Playing against quality opposition in the sub-continent is the best way for our team to prepare for this event and we are grateful to Sri Lanka Cricket for accommodating us during this time of the year where schedules are highly condensed.”

The last time South Africa played a bilateral series in Sri Lanka was in 2018, which included five ODIs and a solitary T20I apart from two Tests. While South Africa had won the ODI series 3-2, Sri Lanka took the only T20I on the tour. This time, they would be playing three T20Is, which would mean better preparation for the T20 World Cup in the UAE in October.