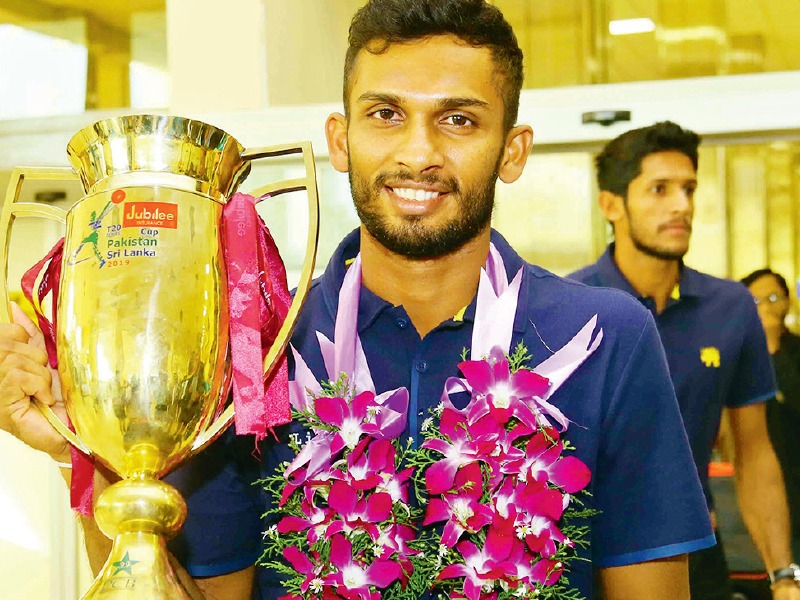 Despite their successful tour to Pakistan where they whitewashed the number one T20 team in the world in their own backyard, SLC isn’t fully convinced about going ahead with their tentative upcoming Test series with Pakistan in Pakistan.

The teams spent their days locked in a hotel, without being able to roam about freely or go anywhere during their tour of Pakistan, while the process of their travelling to and from the ground was exhausting.

“We have to reassess and see about Test matches,” said SLC President Shammi Silva.

“Players had to stay inside their hotel. I was there and though I stayed for 3-4 days, I got fed up (about it). We have to think about that and discuss with the players and support staff. We are playing the Test Championship and we want to do well in that too,” said Silva.

Despite saying this, Shammi Silva also said that staying inside had its upside as well.

“Frankly in my opinion, it was good team bonding when they are staying in the hotel without their wives. Too much of freedom is also bad for the players. But, they have to go out to do shopping, they have to eat somewhere, all those things are there. They have to go out and see the world. They can’t stay inside the hotel,” said Shammi Silva.

Meanwhile, Chairman of Selectors Asantha de Mel also said that even the process of travelling to and from the ground was long and exhausting, which will be hard to bear when playing a Test series, which is totally different to playing five short format games.

“It’s not easy. Process of going and coming is long. These were short games just five days. We can’t go and play a Test without a practice game. So it will be at least 15 days travelling to the ground, which won’t be easy. They have to clear the roads, process of security arrangement takes long and then you aren’t allowed to move inside the bus,” explained de Mel.

“We owed something to Pakistan because they are there for us, because they always helped us. We were willing to bear that up (security hassle), but the problem is how much we could bear,” asked de Mel.

“I heard security there is getting better. I don’t know because we were not allowed to go out, so may be by next year we might suddenly see Australia or England come and play.”