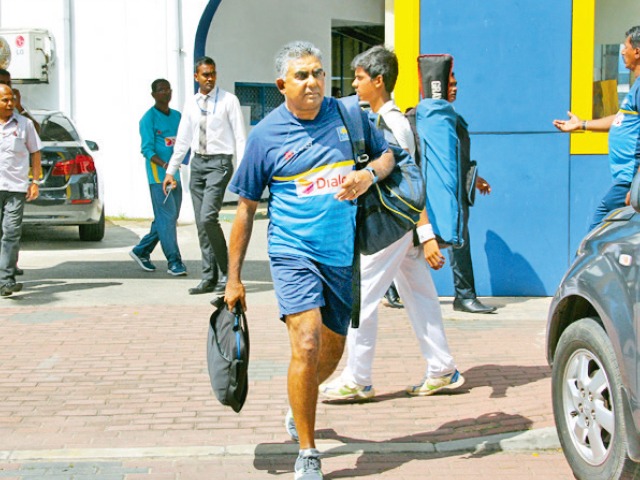 The Executive Committee meeting of Sri Lanka Cricket last Friday had reportedly turned into a heated argument as a motion was tabled to extend the tenure of former national player Asanka Gurusinha who functioned as Chief Cricket Operating Officer attached to the SLC Brain Center.

The position has been vacant since 14 July, where Ceylon Today learns that incumbent president Shammi Silva wasn’t too happy about Gurusinha’s progress and not in favour of the proposed extension.

Yet as per a reliable ExCo source, immediate past president and member of the executive committee Thilanga Sumathipala was in favour of such an extension, and the meeting had been concluded without a decision being reached as to whether or not to extend Gurusinha’s period of service.

An email circulated to executive committee members by SLC had caused displeasure among some of them when SLC had pushed for an answer regarding Gurusinha’s re-appointment within 24 hours and had stated that if there was no response within that deadline SLC would go ahead with the re-appointment.

Sumathipala had written to SLC yesterday stating that he strongly recommended that an extension of a minimum 2 years be given to Gurusinha for the same position.

Gurusinha was brought back to Sri Lanka by Sumathipala offering him the newly created position of Cricket Manager, where he acted as team manager cum coach and had precedence over the team coach at that time, Graham Ford. Ford wasn’t too happy about the development and returned to South Africa without serving for the full duration of his contract. Then Gurusinha as team manager had made questionable decisions in the West Indies no ball incident where the Sri Lanka team had refused to take the field, to be followed by ball tampering allegations which resulted in the banning for two Tests and four ODIs of Gurusinha, captain Dinesh Chandimal and coach Chandika Hathurusinha.

Despite these incidents SLC appointed Gurusinha to the newly created post of Chief Cricket Operating Officer in the SLC Brain Center. Even there Gurusinha’s work has been questionable as he was unpopular even among coaches. As Ceylon Today learns, he had not recommend extensions for four coaches including two spin bowling coaches, leaving the Sri Lanka team without a spin bowling coach during the current Test series.