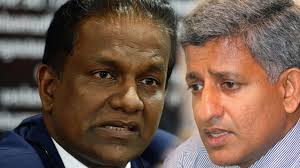 Despite several firm statements regarding appointing an Interim Committee at the SLC just two weeks ago, Sports Minister Harin Fernando accepted that he had to amend his plans to go for the predetermined elections. But, due to the misinterpretation in the Sinhala and English translations of the pre-published sports regulations meant; it will be slightly delayed than its original scheduled date of 7 February.

“Even though we were hoping to appoint an Interim Committee, due to strict rules of the ICC and current state at the SLC, we won’t be able to go for that. But, I believe Ex-National cricketers who were ready to help me will be able to help in a different way, “said Fernando when asked about the situation.