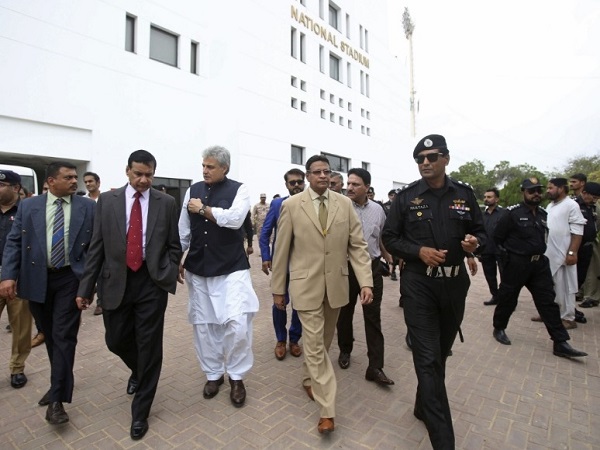 Sri Lanka Cricket and their contacted players are at daggers drawn over visiting Pakistan and several individuals could end up losing their jobs if the dispute wasn’t sorted out amicably.

SLC agreed to make a three week long tour of Pakistan to play six international matches in Lahore and Karachi.

The tour that will get underway on 27th September with an ODI in Karachi and will conclude on the 9th of October with a T-20 International in Lahore.

SLC had agreed on the tour without consulting players and sources said that several senior cricketers have sent word to the board expressing their unwillingness to tour Pakistan.

Dimuth Karunaratne, who leads the ODI side is believed to have taken the side of his players and could pull out. Lasith Malinga, who leads the T-20 side, is unlikely to take part in the tour as well.